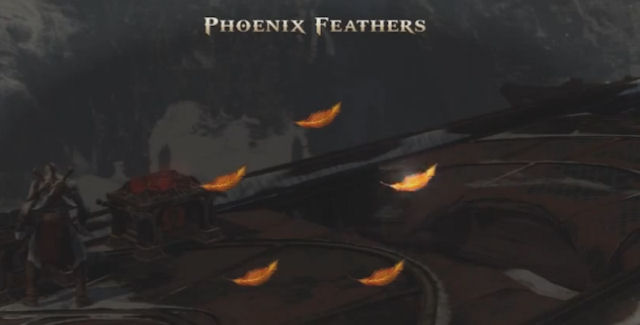 The Timeline for all these in-game Phoenix Feathers locations is listed below.

Note: The Phoenix Feathers are found in white treasure chests, but there are more chests than Phoenix Feathers that you can collect. So after you reach 15 of them, all following white treasure chests you open will give you red orbs instead. So yeah, don’t worry if you miss some of the feathers shown in the video guide, there’s plenty more in the game.

Timeline in minutes for the Phoenix Feathers Locations Guide:

There you go! All Phoenix Feathers in God of War Ascension are yours! 🙂

Please comment if you have any additional God of War Ascension Phoenix Feathers location tips of your own, we’ll give you credit for it. – Thanks for visiting!