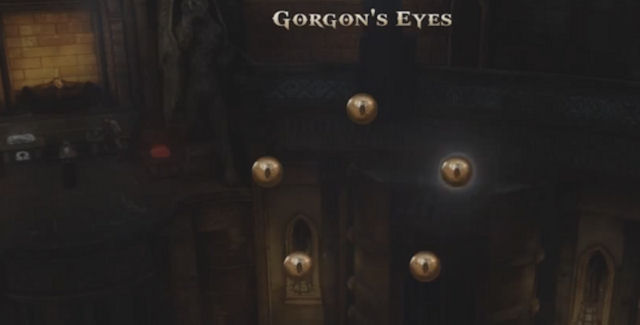 Finding all 20 Gorgon Eye locations and picking them up will help unlock the following:
• Trophy: “The Eyes have It” (Silver Trophy) — Collect all of the Gorgon Eyes.
• Bonus: With every 5 Gorgon Eyes you find Kratos’ health increases incrementally. Finding all these Gorgon Eyes gives maximum health to Kratos.

The Timeline for all these in-game Gorgon Eyes locations is listed below.

How to find missing Gorgon Eyes?: In-game the Gorgon Eyes are hidden in white treasure chests. You can open up these chests to collect the Gorgon Eyes inside when you stand next to them, as the on-screen text will then show a yellow “R1 button press icon” atop it, at which point you can press the R1 action button to pick up the Gorgon Eyes.

Timeline in minutes for the Gorgon Eyes Locations Guide:

There you go! All Gorgon Eyes in God of War Ascension are yours! 🙂

Please comment if you have any additional God of War Ascension Gorgon Eyes location tips of your own, we’ll give you credit for it. – Thanks for visiting!