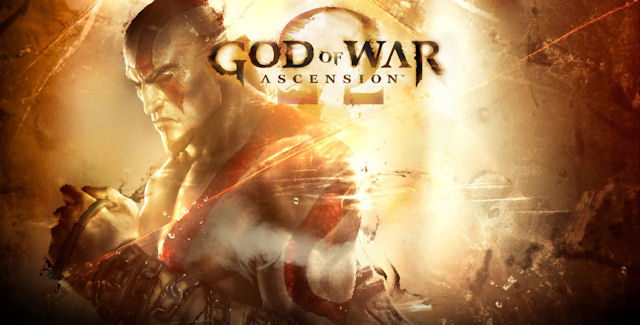 After you complete the game the first time, you’ll unlock 7 new costumes for Kratos.

The new Kratos costumes are:

After you finish the main campaign once, you unlock New Game+ mode.
New Game+ allows you to dress Kratos in 1 of 7 new costumes, as well as letting you turn on Artifact-enabled cheats.

After you finish the main campaign once, on any difficulty setting, you will unlock the Titan difficulty mode.

Finding all 10 Artifact — using our God of War Ascension Artifacts Locations Guide — will enable special cheats after you’ve finished the game. When you start a New Game+ — which also unlocks after finishing the game — you can activate the Artifacts you’ve collected to give you special abilities.

The Artifact cheats are as follows:

Important to note: When playing New Game+ mode, which always has Artifact cheats enabled, means you cannot unlock trophies anymore. Not until you start a regular new game again.

Here’s how to execute an Unlimited Hit Combo!

You can do this cheat right after you touch Ares’ Fire for the first time in “Chapter 5: The Village of Kirra”. But do not press the L1 + R1 (nor L3 + R3) buttons or else the game will spawn more enemies that will hit you and end your combo. Instead to keep the combo going press the R1 and Triangle buttons at the same time with aim your enemy throw direction with the left analog stick to keep juggling. – Look at the video to see how it’s executed in-game.

• Pre-order God of War: Ascension at GameStop to get King Leonidas and the Mythological Heroes Pack.

Description: For the first time ever, King Leonidas will be brought to life in God of War: Ascension Multiplayer as depicted by Gerard Butler in “300”. Donning King Leonidas’s red cape, iconic helmet, armor, and his iconic spear; which boasts a unique appearance and shares the same combat abilities as the other spear weapons in multiplayer.
If you pre-order either the standard or Collector’s Edition, at any store, you will also receive a voucher code to access history’s most heroic Spartan, which includes four unique armor sets for four of ancient Greece’s greatest mythological heroes: Achilles, Perseus, Orion and Odysseus.

• Buy God of War: Ascension at Best Buy to get Mjölnir weapon and the Mythological Heroes Pack.

Description: You can bring Vikings into the realm of Kratos with an exclusive multiplayer weapon inspired by the series. While supplies last, every game copy will come with a voucher for the DLC weapon “Mjölnir,” or Hammer of Thor, for use in Ascension’s multiplayer mode.
The voucher code will also unlock the Mythological Heroes Multiplayer Pack, which includes four unique armor sets for four of ancient Greece’s greatest mythological heroes: Achilles, Perseus, Orion and Odysseus.

How To Find The Sex Scene

Every God of War game has had a bunch of topless women in a whore house that Kratos encounters, has an off-screen sex scene with, and then gains health as a result. However, this time there’s no such interactive scene you have to find and activate, the scene is simply part of the natural story progression. Not to mention that in Ascension you’re tough out of luck, because the whore is actually an illusion from an assassin out to kill him. Luckily for Kratos he realizes this before it’s too late.
Now, I didn’t realize that showing naked ladies was allowed on Youtube — virtual or otherwise — but apparently IGN can get away with it, so here’s your scene.

Do you know of any God of War Ascension cheats or unlockables?
Let us know in the comments, you’ll get credit for finding out. – Thanks for visiting!