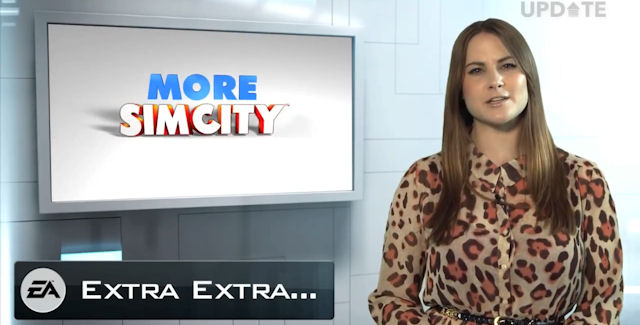 EA’s 18-million-selling city-building SimCity series debuts high on the charts worldwide with SimCity (2013) for PC. While it’s recommended you wait a week to buy the game until the launch issues with the always-on online waiting times on busy servers have been ironed out, that certainly hasn’t stopped the likely million-plus fans from diving in after a decade-long wait for a sequel*. As a result it’s the #1 bestseller this week on the all-platforms chart.

Take a look at the funny SimCity TV spot with Mayor Pantsless.

*Over the first weekend EA fixed 80% of the issues. As an apology to SimCity players who have activated their game during these issues, on March 18th they will receive an email telling them how to redeem their free EA PC game download.

Four months after launch Nintendo of Japan has sold over 2.7 million copies (2.739.654 according to Media Create). This makes it the first 3DS game to sell over 2 million this fast! No doubt this was helped by the half a million digital eShop sales, since it provided an alternative to get the game when right after launch retail stores sold out.

The Nintendo 3DS-exclusive life-simulation game “Animal Crossing: New Leaf” is titled “Animal Forest: Jump Out” in Japan.It’s developed by the same creators as the previous DS & Wii versions. Making full use of the 3DS’ abilities, the game features much more customization around town on: your house’s walls & furniture, other people’s houses if you become town mayor, and even down to your character’s shirt, hat & accessories can all be changed at will. Oh and you can now swim in the ocean too!

Square Enix launch the Crystal Dynamics-developed Tomb Raider reboot worldwide this week. Widely acclaimed as a breath of fresh air for the franchise, fans have been flocking to the action-adventure platforming title.

The company reported 1 million copies of the game were sold within 2 days of the Tuesday launch! 😮

Here’s the Tomb Raider TV commercial starring none other than Lara Croft.