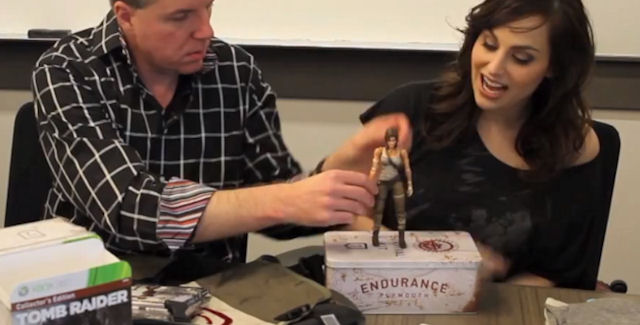 Here’s the Tomb Raider 2013 Collector’s Edition Unboxing, in this case of the Xbox 360 version.

Meagan Marie from developer Crystal Dynamics opens up the package to reveal what the Tomb Raider Collector’s Edition contains.

The list of what’s included in the CE on all systems:

Will you be getting the Collector’s Edition of Tomb Raider?