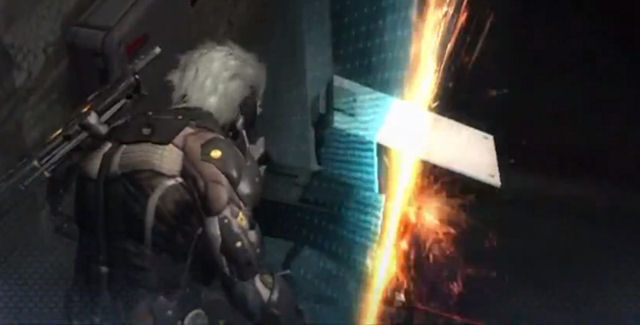 Finding all 9 Gun Camera locations and destroying them will help unlock the following Achievement / Trophy:
* “No Flash Photography!” (15 Gamerscore / Bronze Trophy) — Destroy all the Gun Cameras in File R-01.

All these in-game Gun Cameras locations are shown below.

How to find missing Gun Cameras?: In-game the Gun Cameras will appear simply as a recording camera mounted with a machine gun that looks around each area through a red laser scope.

Tip: The best way to destroy it by running up to it, going into Blade Mode, and cutting the camera in half. – If the camera is out of reach, try shooting it with a rocket launcher.

Does the game save each Gun Cameras you destroy?: Yes, the game will automatically save the Gun Cameras you just destroyed until they are all gone and the achievement/trophy will pop up as confirmation.

There you go! All Gun Cameras in Metal Gear Rising Revengeance are found and gotten rid of! 🙂

Huge thanks to Intimidategaming for the guide videos and tips.

Please comment if you have any additional Metal Gear Rising Revengeance Gun Cameras location tips of your own, we’ll give you credit for it. – Thanks for visiting!