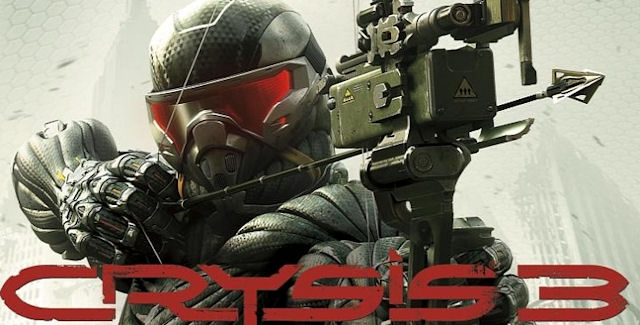 Our Crysis 3 walkthrough will guide you through the beginning to ending moments of gameplay with strategy tips for this FPS on the PC, Xbox 360 & PS3.

Crysis 3 is a First-Person Shooter (FPS) set within a frightening future New York City. The game is a sequel to the 2011 release, Crysis 2, continuing an unfolding adventure revolving around the symbiotic relationship between the wearer of the game’s iconic nanosuit, the current protagonist “Alcatraz”, and the DNA & memories of an earlier protagonist Laurence “Prophet” Barnes stored within the suit. Which is why Alcatraz since the end of Crysis 2 says “They call me Prophet.” since without Prophet’s undersuit the nanosuit merged with Alcatraz’s skin and changed him into Prophet.

Let’s start the Crysis 3 walkthrough with a story introduction video!

Please note that viewers must be at least 18 to watch, so no harm comes to those with innocent eyes. This game includes Blood, Strong Language, Violence.

In the wake of the alien invasion, New York lies covered by a giant nanodome. Hidden from the rest of the world a secretive military faction has set up shop in the ruins of the city. What do they want? Who are they? What have they found? Uncover their true motives and bring them down from the inside out.

Twenty years have passed since New York City was saved from the hostile alien race known as the Ceph. With the alien infestation under control, the chaos seemed all but over. The Crynet Enforcement and Local Logistics organization, or CELL, utilized the Ceph’s technology and promised free and unlimited energy to the world. All that goodwill vanished as CELL took advantage of their technological and political might to strong-arm society. A resistance has begun to fight against CELL, but their forces are simply not strong enough. The resistance hopes to turn the tide by freeing the one man who can stop CELL: Prophet.

The award-winning developer Crytek is back with Crysis 3, the first blockbuster shooter of 2013. Return to the fight as Prophet, the Nanosuit soldier on a quest to rediscover his humanity and exact brutal revenge. Adapt on the fly with the stealth and armor abilities of your unique Nanosuit as you battle through the seven wonders of New York’s Liberty Dome. Unleash the firepower of your all-new, high-tech bow and alien weaponry to hunt both human and alien enemies. And uncover the truth behind the death of your squad while reestablishing the power of human will in a rich story full of exciting twists and turns. Crysis 3 is the ultimate sandbox shooter, realized in the stunning visuals only Crytek and the latest version of CryENGINE can deliver. Now, prepare to assess, adapt, attack, and get revenge.

Game features include sandbox shooter gameplay that allows players to choose their path, an upgradable nanosuit, expanded multiplayer options, an explosive arsenal of weapons, and improved graphics provided by the CryENGINE game engine.

How to play Crysis 3?

Here’s what to pay attention to when playing the game.

To view a detailed map of the battlefield, press ESC to open the Pause menu. The map displays a yellow arrowhead indicating your position and a blue hexagon that represents your objective waypoint. Use the scroll wheel to zoom out when viewing the map.

Prophet’s Nanosuit is the ultimate battle armor, granting him a range of enhanced abilities. The suit features an integral heads-up display (HUD) that utilizes a satellite uplink to place essential tactical information directly in view.

The Threat Gauge to the right of the Navigation Panel displays your current threat level. The meter increases and changes color depending on your level of detection.
* Green Enemy units are unaware of your presence.
* Orange Enemies are on a high state of alert and will investigate the slightest disturbance.
* Red Enemy units have line of sight on you. Take cover and use your Nanosuit abilities to lower the alert status.

Instant analysis of incoming projectiles allows the Nanosuit to pinpoint the location of any enemy that scores a hit, allowing you to retaliate accurately. Stay alert for a red arc and arrow in the HUD, indicating the direction of attacking fire.

The Nanosuit’s Tactical Visor is essential for scouting out areas for enemy units before engaging them. Press B to use the visor or click the scroll wheel to select it from the menu wheel. Right-click to zoom. Once anything is scanned, the Nanosuit feeds any important information on the object from its satellite uplink.

Use the Tactical Visor to tag enemy units and ammo caches so they appear on the HUD and Navigation Panel. To tag a unit, center it on screen with the Visor active and the Nanosuit will automatically tag it.
Once a unit has been tagged, the Threat Icon Designator, which appears as a hollow triangle over the unit, fills with a color. Green indicates the unit has not spotted you. Orange units are aware of your presence and are on alert, but are unaware of your location. Red units can see you and are poised to attack.
When you lower the Visor, the Threat Icon Designator remains so you can track the unit.
Tagged units will remain visible on the HUD within a range of 100 meters, or until they are dispatched.

The Nanosuit’s complex algorithms can decrypt even the most secure systems. To hack an encrypted system, target the device and press F to attempt to crack the code’s wavelength. As the icon moves along the wavelength, press F or left-click to match it until all the sequences are complete. Hacking can be augmented with Nanosuit upgrades.
Hacking is not limited to security panels, but also provides a way to disable mines and temporarily gain control over enemy auto-turrets. The Tactical Visor also provides the ability to hack encrypted systems from a distance, provided that line of sight is maintained with the target.

The Nanosuit can be quickly augmented to adapt to any combat situation, but all functions require energy. During combat, the suit’s energy can be temporarily channeled to boost a number of the Nanosuit’s abilities. Each function slowly drains the suit’s energy over time, but the Nanosuit will automatically recharge energy when suit functions are inactive. Learn to use these augmentations during battle conditions to survive.

The Nanosuit’s energy can be used to power its cloaking function, an advanced augmentation that camouflages Prophet when active. Press E to use the cloak to sneak up on enemies and perform Stealth Kills, or simply use the advantage to escape detection. You can click the scroll wheel to activate the cloak from the radial menu.
Energy consumption depends on your movement speed. Energy depletes at a slower rate when you are standing still.

Press Q to channel the Nanosuit’s energy to its armor and increase its defensive capabilities, or click the scroll wheel to select Armor mode from the radial menu. With Armor mode active, the Nanosuit can absorb damage during hectic firefights, cushion the shock of a potentially fatal fall, or protect you from being knocked down by strong melee attacks.

As Prophet moves through New York, he may come across CELL stockpiles that hold Nano Modules. Once Prophet collects these modules, he can apply them to enhance the Nanosuit’s functions or unlock new abilities. To access the Nanosuit Modules menu and view the Nanosuit’s available upgrades, press H or click the scroll wheel to select the Nanosuit icon from the radial menu. You may browse through all the modules and then unlock your chosen upgrade. These upgrades do not need any additional power and are always active after being installed.

You may read a description of each module, detailing its upgrades or abilities, on the screen. Every module can be auto-upgraded to the maximum level by completing relevant tasks. For instance, completing a task to remain cloaked near enemies for 100 seconds earns you the maximum level for the Super Stealth module, which awards you with improved cloak.
Whenever you auto-upgrade a module to the maximum level, a pop-up reminder appears on the HUD.
Each Nanosuit Module Upgrade requires one to three kits to unlock. Cheap modules have minor benefits, while expensive modules provide bigger boosts. Highlight Nanosuit Upgrade Kits in range on the Visor.

As Prophet progresses through each mission, he procures a number of different weapons. From simple rifles to advanced Ceph technology, discover each weapon’s strengths and weaknesses to get through New York in one piece.

When utilized alongside Cloak, the Predator Bow is a versatile weapon that allows Prophet to silently kill enemy units without alerting reinforcements. Arrows make little noise when fired and can be retrieved from the unit that was fired upon. The Predator Bow is also one of the few weapons that can be fired while remaining cloaked and is best utilized when employing stealth tactics.

To improve Prophet’s efficiency on the battlefield, he can customize his weapons with available attachments that he has collected. To access the Weapon Attachments menu, press X or click the scroll wheel to select the weapon icon from the radial menu. Press the corresponding on-screen buttons to cycle through available attachments. Equip weapons with scopes to land a distant kill shot, attach silencers for muffled takedowns, or discover new attachments to unlock even more destructive potential.
Note: With the bow equipped, use the Weapons Attachments menu to swap out arrow types and adjust the weapon’s draw strength.

Press G to equip grenades. Grenades can be aimed accurately using the Nanosuit’s telemetry system. Right-click and hold to display its trajectory on the HUD and then left-click to throw it.

Some of the advanced weapons require special ammo, which you’ll find at special ammo caches. In addition, certain weapons can fire multiple types of ammo. Switch which type your currently equipped weapon fires in the weapon customization screen.

While fighting through New York, Prophet can commandeer various CELL vehicles to drive. Vehicles not only provide transportation, but also can deliver some heavy firepower from mounted guns or provide cover in dire situations. To use a vehicle hold F. Upon entering a vehicle, the Nanosuit HUD is synchronized for seamless control with the vehicle’s built-in heads up display, and allows Prophet to take full control of the vehicle’s navigation and weapon systems.

Let’s get the Crysis 3 walkthrough started with a quick tutorial and then play the first chapter in “The Liberty Dome”.

Chapter 2: Welcome to the Jungle

As the second chapter begins, our team sets out into the dome to avoid guard towers and bring home the hardware.

Tidbit: Pretty funny how the suit voice commands you to pick up the Nanosuit Upgrade Kits its located for immediate integration. But it’s a nice gear upgrade system.

Chapter 3: The Root of All Evil

In the third chapter we go off the grid to find “The Root of All Evil”.

Part 2 of Chapter 3. The Romeo One team proceeds to the Nexus.

Tip: When deploying their shield, Scorchers are invulnerable against small arms fire. Attack them from the sides and rear.