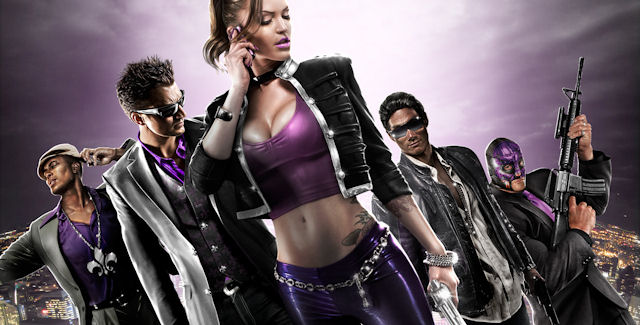 Koch Media picked up the Saints Row franchise and its developer Volition when THQ went bankrupt last month. This made us wonder when Saints Row 4 will be released? Now we have the answer: The Saints Row 4 release date will be in late August 2013! The 20th in America and the 23rd worldwide!

Saints Row 4 is coming to Xbox 360, PlayStation 3 AND PC this August. This news is likely a reaction to Rockstar’s Grand Theft Auto 5 recently being confirmed for a September 2013 release. So it seems both open world sandbox games will be coming to current-generation consoles opposed to the soon-to-be-announced next-generation consoles that are expected to launch in around November 2013.

“The word around the campfire is Saints Row 4 is shipping on current gen consoles in late August.” -Chris Stockman

Chris Stockman, who was the design director on the first Saints Row game, told IGN this news via Twitter.

To quote: “The word around the campfire is Saints Row 4 is shipping on current gen consoles in late August.” Koch Media’s publishing label Deep Silver added the company is “still working on [timing] with Volition, and we haven’t announced platforms yet.” With Koch Media’s CEO Klemens Kundratitz further adding: “there’s no doubt the next Saints Row will release in 2013.”