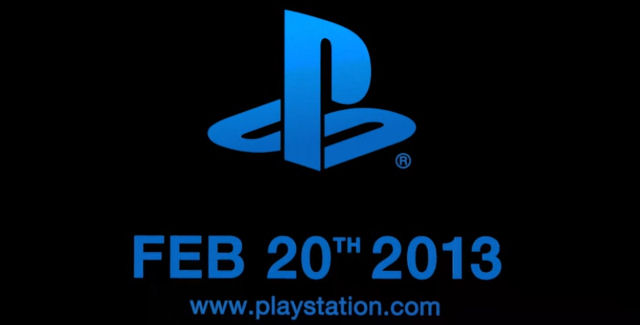 Sony Computer Entertainment recently teased the PS4 unveiling in a short video clip with a release date for the announcement.

Sony has sent out invitations to press for a press event in New York on 6PM EST February 20th, 2012… and promising fans to also live-stream said event worldwide online (link can be found below)! While at the same time they tweeted “See the future”! In a statement Sony did not debunk the PS4 rumors and said: “The PlayStation meeting will be about the future of the PlayStation business.”

Take a look at the PS4 unveiling teaser here:

The video description reads: “Join the Conversation at #PlayStation2013 http://us.PlayStation.com/meeting2013”

It certainly sounds like Sony will reveal the PlayStation 4 console this month, well before E3 2013 in June when Microsoft is expected to reveal the Xbox 720. We’ll have more PS4 rumors in the days leading up to the event, so stay tuned.

Do you think Sony’s teaser is for the PS4 unveiling?