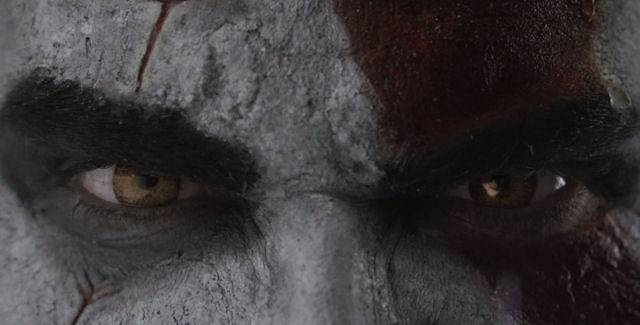 Here’s the Super Bowl 2013 game trailer for God of War: Ascension that aired last night during Super Bowl 47! Bonus! Instead of the 60-second version, you get to see the full 2-minute trailer here.

Description: “Kratos swore an oath in blood to the gods, and ended up losing everything he ever loved.”

The PlayStation 3-exclusive hack ‘n slash action game will be coming to America/Canada on March 12, 2013 and to Europe/Australia from March 13, 2013.

Watch the full version of the live-action God of War: Ascension “From Ashes” Super Bowl 2013 commercial:

Have you seen any other Super Bowl 2013 game trailer? The only other video I saw was this Xbox 360 “Play 60” campaign with the NFL to promote 60 minutes of daily exercise for kids. Which in this case was done by having NFL football players visit schools to play Kinect games. 🙂

It seems to be working, though. Kinect for Xbox 360 has sold over 19 million times already.

It really is fun to exercise with Kinect. Some cool games too, I’ve recently become addicted to Fruit Ninja Kinect! 😆

Did you enjoy seeing the God of War: Ascension game trailer on the Super Bowl 2013?