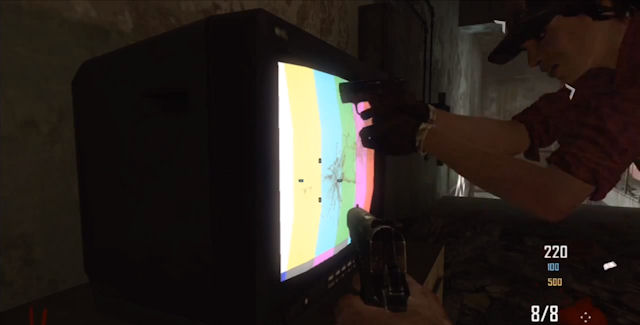 Let’s take a look at some Black Ops 2 Revolution easter eggs! They can be found if you know where to look! 🙂

Easter eggs have been confirmed for Black Ops 2 Revolution. Watch videos of them all below.

There is a new secret song in the new Die Rise Zombie map. Find all three teddy bear locations (shown in the video) to have the music start playing on the map.

There is a hidden radio message on a TV in the new Die Rise Zombie map. Listen to it here.

Word is also going around about being able to pick up the “Dragon Ball” — in the new Die Rise Zombie map — as there’s one hidden in the neon-sign dragon’s mouth that you can shoot down to presumably pick up.

It doesn’t seem to be the Dragon Balls you see under the dragon statues’ paws here:

Here’s a theory on how it may be possible to get PHD Flopper in the new Die Rise Zombie map.

It’s unsolved, but it may involve getting a key to “FIX” the Spawn elevator:

Have you found any Black Ops 2 Revolution easter eggs?