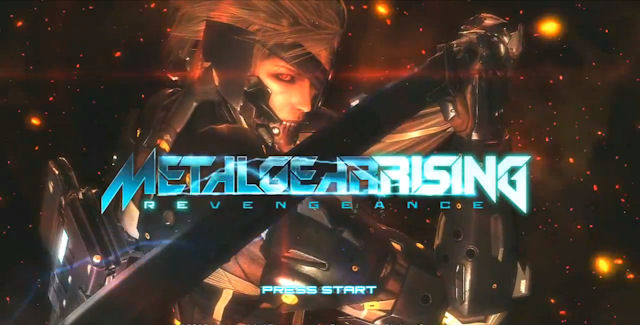 Demo description: “Metal Gear Rising: Revengeance takes the renowned METAL GEAR franchise into exciting new territory by focusing on delivering an all-new action experience unlike anything that has come before. Combining world-class development teams at Kojima Productions and PlatinumGames, MGR REVENGEANCE brings two of the world’s most respected teams together with a common goal of providing players with a fresh synergetic experience that combines the best elements of pure action and epic storytelling, all within the expansive MG universe. The game introduces Raiden as the central character; a child soldier transformed into a half-man, half-machine cyborg ninja, equipped with a high-frequency katana blade and a soul fueled by revenge.”

Here’s the last half of the demo. Get your sword-slicing on!

Despite not being a traditional Metal Gear Solid game, many fans of both the Metal Gear Solid series and the high-quality Platinum Games studio are still looking forward to a game starring Raiden.

Metal Gear Rising: Revengeance will be released for Xbox 360 and PlayStation 3 on February 19th, 2013 in America/Canada & February 22nd, 2013 in Europe/Australia and the rest of the world.

Have you tried the Metal Gear Rising: Revengeance Demo? What did you think of it?