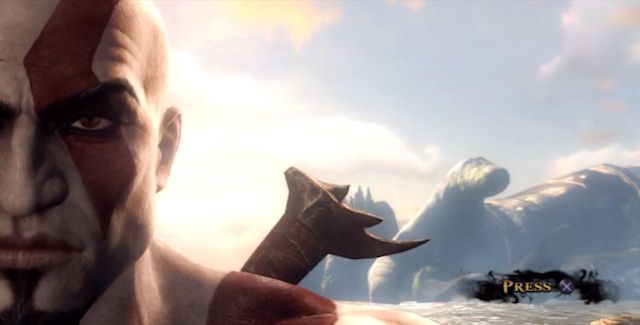 Here’s the full God of War: Ascension Demo walkthrough in 12 minutes. The demo for Sony Santa Monica’s God of War: Ascension is included in the Bonus Disc of the Total Recall movie Blu-Ray. It will also be available to download on PlayStation Network in February, possibly in extended form.

Demo description: “Vengeance is born in the fires of betrayal in this prequel to the best-selling God of War franchise. Six months have passed since Kratos stood over the bodies of his wife and child, his hands stained with their blood – tricked by Ares into murdering the only people he ever loved. Swearing to avenge them, Kratos broke the blood oath that bound him to Ares, but oaths to Olympus are not so easily broken…

Sentenced to an eternity chained within a prison for the living damned, Kratos battles insanity at the hands of the Furies. He will be tested as he seeks freedom, redemption for his sins, and the clarity to avenge his family. – Before he was a God, he was a man.”

God of War: Ascension multiplayer beta for a “Team Favor of the Gods” match:

God of War: Ascension will be released exclusively for PlayStation 3 on March 12th, 2013 in America/Canada & March 13-15th, 2013 in Europe/Australia and the rest of the world.

Have you tried the God of War: Ascension Demo? What did you think of it?