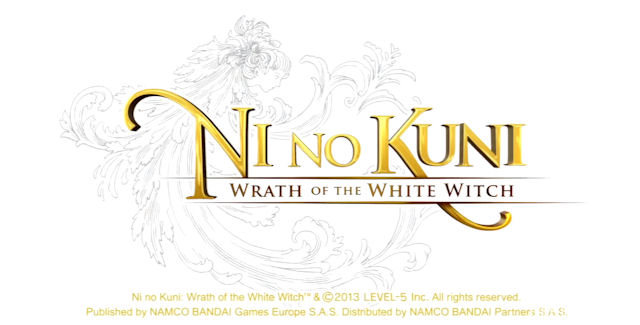 This Ni No Kuni walkthrough will guide you through the beginning to ending moments of gameplay with strategy tips for this JRPG exclusively on the PS3.

Ni no Kuni: Wrath of the White Witch is an epic tale of a young boy, Oliver, who embarks on a journey to become a master magician and bring back his dead mother from the parallel world of Ni no Kuni. Along the way he encounters some extraordinary characters, many of whom become helpful allies. They guide Oliver as he explores the vast world and learns the magical skills that will make him strong enough to face his most deadly foes, and ultimately survive an encounter with the White Witch herself.

Please note that viewers must be at least 10 to watch, so no harm comes to those with innocent eyes. This game includes Alcohol and Tobacco Reference, Comic Mischief, Fantasy Violence, Mild Language, Simulated Gambling.

Index of Ni No Kuni Guides:

Ni no Kuni: Wrath of the White Witch, a heart-warming tale of a young boy named Oliver, who embarks on a journey into a parallel world in an attempt to bring his mother back from the dead. Along the way, Oliver makes new friends and adopts many of the wonderful creatures that inhabit the world, raising them to battle other creatures on his behalf as he takes on formidable enemies. Developed by LEVEL-5 with animation by the legendary Studio Ghibli, Ni no Kuni: Wrath of the White Witch combines beautiful animated visuals, masterful storytelling and a sweeping score into an epic role-playing adventure like no other.

The world of Ni no Kuni actually runs parallel to the real world. Players will be able to travel between the two. Characters who appear in one world appear in the other as well, but with different roles in this unique RPG experience.

It’s finally here! After years of waiting through the Japanese DS and PS3 releases, Ni no Kuni: Wrath of the White Witch has been translated! Let’s start the Ni no Kuni walkthrough with the game’s introduction.

Oliver gets his first wand and makes the journey to Drippy’s world.

Oliver faces his toughest foe yet in the Guardian of the Woods boss fight, of the steadfast Defender of the Forest.

Part 5: The Bottom of the Well

With his Meowjesty missing, Oliver and Drippy return to Motorville to hunt down the King’s soul mate in Timmy the cat, then it’s off to the bottom of the Ding Dong Well.

Ni No Kuni Walkthrough continues on Page 2 with Part 6.

Tags: Ni No Kuni: Wrath of the White Witch