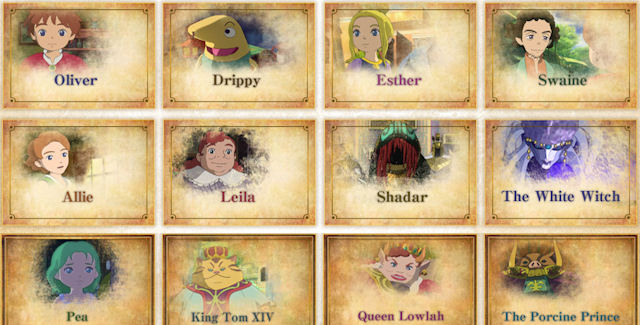 The Ni no Kuni characters list shows the main cast of characters you’ll encounter in the PS3 exclusive JRPG game.

With the game being co-developed by Japanese developer Level-5 and anime company Studio Ghibli, the characters have a very distinct Ghibli design aided by Level-5’s cel-shaded graphics.

Here’s a Ni no Kuni: Wrath of the White Witch trailer showing off the main characters:

Other Ni No Kuni Pages:

Tags: Ni No Kuni: Wrath of the White Witch