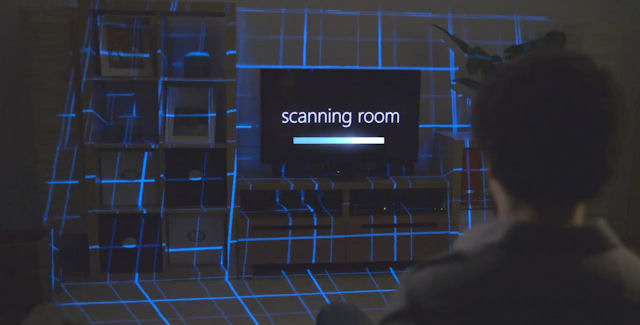 Microsoft Research recently showed off their IllumiRoom hardware at CES 2013 that projects images beyond your TV for a more immersive gaming experience. Since the Kinect 2 will likely be packed in with the Xbox 720, hopefuls think this screen technology may be an add-on for your living room walls!

The official IllumiRoom description reads: “IllumiRoom is a proof-of-concept Microsoft Research project designed to push the boundary of living room immersive entertainment by blending our virtual and physical worlds with projected visualizations. The effects in the video are rendered in real time and are captured live — not special effects added in post processing.”

Here’s a first look at Microsoft IllumiRoom being used while playing Xbox 360 games:

Here’s a debate about the features it could offer:

This looks awesome don’t you think? It would be epic if this were included with the next Xbox, but that’s probably just a pipe-dream since it’s a proof-of-concept. I want it, though.

Would you hook up Microsoft IllumiRoom to your Xbox 720?