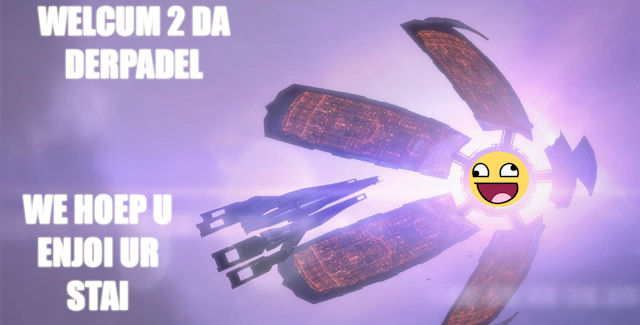 After the Mass Effect 3 DLC’s From Ashes, Leviathan & Omega we may get a 4th story DLC titled Citadel, if recent findings from OXM Magazine are to be believed. We brilliantly deduced that this DLC will take place on the Citadel, in space.

To quote the magazine: “The expansion is in production at BioWare Edmonton, co-developer of Dragon Age 3: Inquisition. Seth Green and Raphael Sbarge are confirmed to be voicing new lines for Joker and Kaiden.” They go on to state filenames from the Leviathan’s DLC level list point to the next DLC taking place on the Citadel.

Confirmation a new DLC is in the work comes from BioWare designer Jos Hendriks who, on the BioWare forum, said: “It’s all hands on deck for this one. Pretty much every Mass Effect 3 DLC writer here in Edmonton is involved. If my math skills are correct [that means] eight.”

Mass Effect trilogy composer Sam Hulick joined the hinting on Twitter by saying: “What I’m up to lately: working on an unannounced Mass Effect 3 DLC! More details on this coming later on. Tossing in piano and muted strings for this one particular piece. High potential for tears.”

To refresh your memory, here’s a tour of the Citadel.

Source: OXM. Image credit: Benedictine; just because the Derpadel text makes me laugh every time I read it.

Would you be interested in a Mass Effect 3 Citadel DLC?