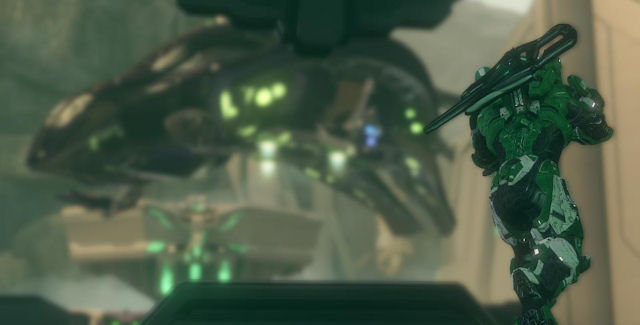 The second half of Halo 4 Spartan Ops Season 1 returns with Episode 6 on Monday January 21st, 2013. The tentative release date for Episode 7 & 8 falls on each Monday after that. Episode 9 & 10’s dates went unconfirmed.

Week of January 21st launches Spartan Ops Episode 6:
• Five new missions and an accompanying new CG cinematic.
• “Forge Test” playlist (name not final): A rotational hopper featuring small Forge maps such as Relay. Help us test these maps by providing feedback and reporting bugs that will assist us in getting them ready for Matchmaking!
• Specializations: Pioneer and Pathfinder Specializations unlocked for all players.

Week of February 4th launches Spartan Ops Episode 8:
• Five new missions and an accompanying new CG cinematic.
• Team Doubles playlist: A rotational hopper for those of you that like action of the 2 vs 2 variety.
• Specializations: Rogue and Tracker Specializations unlocked for all players.

To quote developer 343 Studios about the upcoming Episodes:
“After the Infinity Challenge concludes, regular Matchmaking updates will start up again; and that includes the return of the second half of Spartan Ops Season 1, which features brand new stories, missions and locations.

Episode 6, 7, 8, 9, 10 – I’m not going to spoil it for you, but let’s just say that the first half of the season was a warm up. As I mentioned in the Episode 1 notes, we had a lot of set up to do to get this corner of the Halo universe up to speed. And now that it’s really moving? Well, you ain’t seen nothing yet.

Hints of what’s to come: Death, disfigurement, betrayal and… oh, I’ve said too much already (and that’s just the humans I’m talking about)!”

Here’s a Spartan Ops Episodes 1-5 Recap to catch up on the story so far:

Have you been playing Halo 4 Spartan Ops Season 1?