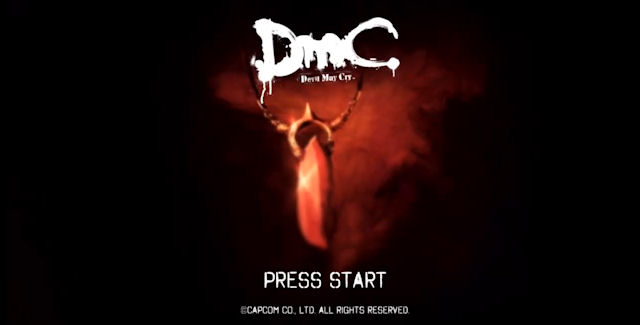 Here’s the full DmC Devil May Cry Demo Walkthrough in 22 minutes. The demo for Ninja Theory’s DmC: Devil May Cry is available to download on Xbox LIVE and PlayStation Network.

The demo includes two missions: “Under Watch”, which takes place in the heart of DmC’s city streets, and “Secret Ingredient”, which is a boss battle against the Succubus demon.

When you start the demo you’ll have the choice of three default difficulties to select from, but if you complete both missions on one of those three settings you’ll unlock the demo’s Son of Sparda mode. This presents the demo’s hardest challenge, featuring a unique set of tougher enemies and enemy waves to take on.

From the start of the demo Dante is equipped with his Rebellion sword, His Ebony and Ivory hand guns, his demonic axe the Arbiter and the angelic scythe Osiris. Developer Ninja Theory wanted to give players a really good feel of how the combat plays so they’ve started you off with quite a few upgrades on all of the weapons in the demo too. Try the Stinger (forward, forward, triangle on PS3 or forward, forward, Y on Xbox 360) to stab demons in the eye.

Back at E3 2012 there was another DmC: Devil May Cry Demo, where the game’s creative director Tameem Antoniades showed off the game for 45 minutes.

Have you tried the DmC: Devil May Cry Demo? What did you think of it?