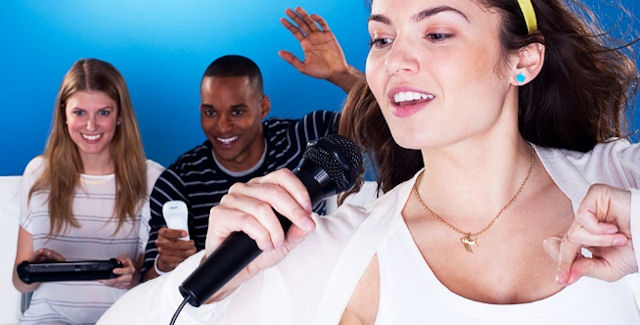 Here’s the SiNG Party song list that shows the 48 songs that make up the soundtrack for this music-karaoke game exclusively on the Nintendo Wii U. Already released in America, the game including microphone will come to Europe on January 18, 2013.

SiNG is a new interactive musical performance game for Wii U that gets everyone at the party involved in the music. With dozens of popular songs to choose from, everyone from novice singers and dancers to budding stars can join in on the fun. The main performer holds the Wii U GamePad while others in the room sing, dance and clap along with the music.

Here’s a look at the first trailer for SiNG Party:

Nintendo has hinted that in early 2013 new songs for SiNG Party could become available via download from the Wii U eShop.

Here you can see the in-game menu with the SiNG Party Wii U songs:

The main SiNG Party features are:

What are your favorite songs for SiNG Party?