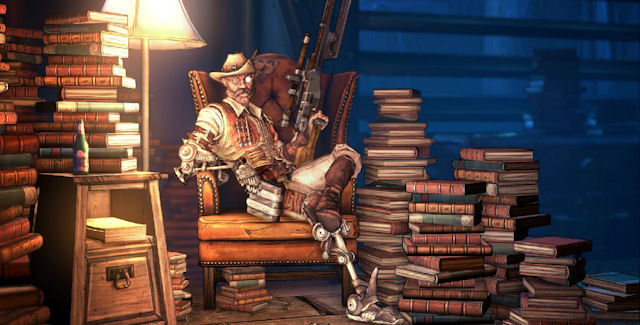 Gearbox Software’s latest Borderlands 2 title update and new videos have revealed the first details for the 4th Borderlands 2 DLC — after the Mechromancer Pack, Captain Scarlett and Her Pirate’s Booty & Mr. Torgue’s Campaign of Carnage — called Borderlands 2: Sir Hammerlock’s Big Game Hunt. Which has been given a release date of January 15, 2013 on Xbox 360, PlayStation 3, Windows PC and Mac.

Introduction: “Danger! Excitement! Mustaches! It’s time for another episode of Vault Hunter Adventures, featuring Sir Hammerlock! In this week’s tale, our hard-boiled heroes travel to the savage continent of Aegrus! Their goal? To uncover the most exotic creatures Pandora has to offer, and give ’em the old one-two!”