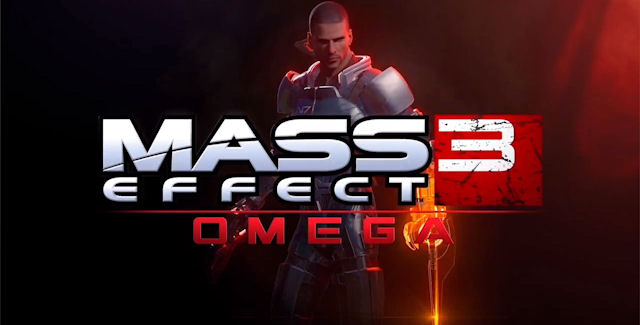 This Mass Effect 3 Omega walkthrough will guide you through the beginning to ending moments of gameplay with strategy tips for this Action-RPG Shooter on the PC, Xbox 360 & PS3.

An uneasy alliance between Shepard and Aria begins a deadly game of cat-and-mouse to wrest Omega from Cerberus’s control. Forced to rely on Aria’s unique knowledge of the station and faced with her lust for revenge, how far will you go to retake Omega?

Please note that viewers must be at least 18 to watch, so no harm comes to those with innocent eyes. Mass Effect 3 includes Blood, Partial Nudity, Sexual Content, Strong Language, Violence.

This thrilling new piece of single player DLC expands upon the events of Mass Effect 3 by allowing players to return to the seedy and unsavory levels of Omega to fight alongside fan favorite Aria T’Loak.

The infamous black market trade post known as Omega has been seized by one of Cerberus’ most accomplished and brilliant agents, General Oleg Petrovsky… and Aria T’Loak is plotting her revenge. To reclaim her domain, she must team up with Commander Shepard.

Join Omega’s infamous leader in her fight to retake the notorious black market station. Navigate Omega’s seedy underbelly as Aria joins your squad and you witness her legendary biotic powers and unrelenting ruthlessness first-hand. Help Nyreen Kandros, the valiant turian leader of the Talon mercenary group, as she fights to free the enslaved people of Omega. They must put aside their differences and fight side-by-side to defeat the Illusive Man’s reign over the space station and free the enslaved people of Omega. Face down fearsome new enemies, including the Cerberus-manipulated Reaper, the Adjutant.

The war for Omega has begun—How far will you go to end it?

The 2GB Omega DLC will be available to download for 1200 Microsoft Points on Xbox LIVE, $14.99 on PlayStation Network, and 1200 BioWare Points on Origin.

Here’s a video showing how to access the new Omega DLC in your Mass Effect 3 game:

Here’s the introduction to the Mass Effect 3 Omega walkthrough. As well as your first Mission in the new DLC: “Mission: Citadel – Meet Aria T’Loak”.

Part 3: The Talon Mercs As Allies?

After reaching the Talon Outpost, talk to Nyreen.