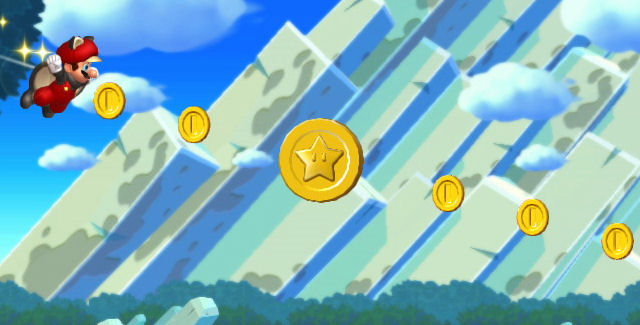 After the first 8 Worlds are finished, you unlock World 9: Superstar Road. Collecting every Star Coin in each of the Worlds 1 to 8, will in turn for each World where this is done unlock one of the 8 levels in World 9. Where in turn you can collect 3 more Star Coins in each level.

Here’s an introduction to collecting Star Coins with the Wii U GamePad:

Note: This Star Coins hunt is worth the effort, because collecting all of them in each of the 8 initial Worlds makes sure you can unlock the paths to the overworld levels and mushroom houses! That makes this collectible a requirement to get 100% completion in New Super Mario Bros. U!

These video guides show the location of every Star Coin in the stages of New Super Mario Bros Wii U.