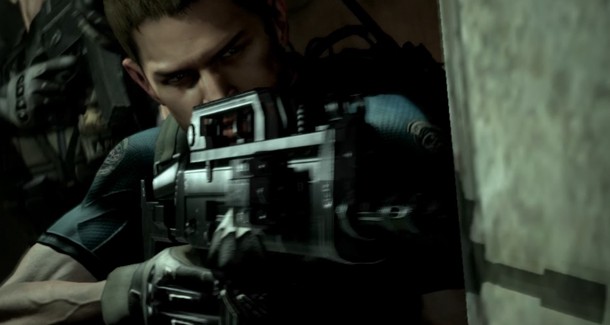 Welcome to the second of many ‘Let’s Talk Resident Evil 6′ videos with Meg!

In this video I will be talking about the second chapter of Capcom’s newest installment in the long-running Resident Evil Franchise; Chris Redfield returns to active duty with the B.S.A.A. and this time he’s carrying an awful lot of baggage on top of that muscle mass! Redfield joins Piers Nivans on a run-a-gun adventure in this chapter as the four-way story continues to unfold…

Catch up on my previous Resident Evil 6 video review here, where I covered Leon Kennedy’s Chapter.

I will give these chapters the attention they deserve by reviewing each segment separately before rounding up my overall thoughts on Resident Evil 6 in a final episode. So watch out for more Resi videos on the way.

Check out my review of Chris’ Chapter!

Overall, this chapter delivered a Resident Evil 5 style experience, which shouldn’t be a surprise considering that Chris Redfield is the central protagonist here. This does mean that you are getting a straight up shooter that plays hard and fast; the dramatic story makes for an emotional ride, the visuals are gritty and dark, and the score is consistently heavier (and much more impacting) than the previous chapter.

So what do you think of Chris’ chapter? Are you a fan of Resident Evil 5, or the more recent action-driven titles in the series? Perhaps you prefer the older breed of ‘Resi’ game? Maybe you are like me and have a special place in your (utterly zombified) heart for each game in the franchise? Please feel free to leave your comments and opinions in the section below.

Remember! This is my personal opinion; the only way you can determine what you’ll make of a game is to play it for yourself. Is Resident Evil 6 right up your alley as a gamer? Then try it out!

Side note — the track playing in this video is from the Official Resident Evil 6 Soundtrack and belongs to the respective owner/s.