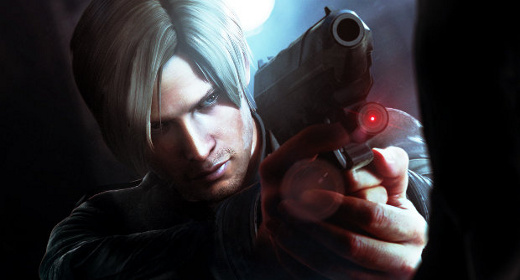 Welcome to the first of many ‘Let’s Talk Resident Evil 6’ videos with Meg!

In this video I will be talking about the first chapter of Capcom’s newest installment in the long-running Resident Evil Franchise; featuring Leon Kennedy, Helena Harper and a certain enigmatic spy, this chapter has the bold task of setting the stage (and bar) for following chapters of which there are three.

I will give these chapters the attention they deserve by reviewing each segment separately before rounding up my overall thoughts on Resident Evil 6 in a final episode. So watch out for more Resi videos on the way.

Take a look at my review of Leon’s Chapter!

All in all, it’s not quite the return to the genre-defining survival horror we all miss, but it is a throughly enjoyable chapter.

The cinematic, Uncharted-esque story, though a little slow to start, sets the stage with plenty of mystery, familiar characters returning in glorious Technicolor and new additions to the cast, which are by no means wasted; the gameplay is a little combat heavy yet manages to balance out all elements with puzzles, emblem hunting and enough exploration to break up linearity; the visuals are stylish and pretty but lacking in realistic substance (a widely accepted trademark of Capcom video games); inconsistent and patchy best describes the musical score in this chapter, which lacks any memorable melodies or atmospheric ambient tracks.

So what do you think of Leon’s chapter? Are you a fan of Resident Evil 4, or the more recent action-driven titles in the series? Perhaps you prefer the older breed of ‘Resi’ game? Maybe you are like me and have a special place in your (utterly zombified) heart for each game in the franchise? Please feel free to leave your comments and opinions in the section below.

Remember! This is my personal opinion; the only way you can determine what you’ll make of a game is to play it for yourself. Is Resident Evil 6 right up your alley as a gamer? Then try it out!

Side note — the track playing in this video is from the Official Resident Evil 6 Soundtrack and belongs to the respective owner/s.