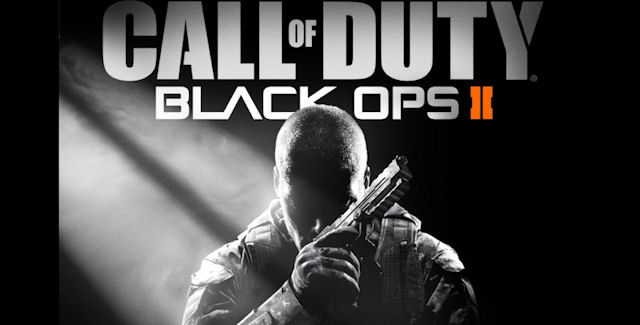 Our Call of Duty: Black Ops 2 walkthrough will guide you through the beginning to ending moments of gameplay with strategy tips for this First-Person Shooter on the PC, Xbox 360, PS3 & Wii U.

Call of Duty: Black Ops II is a First-Person Shooter (FPS) that revolves around unique gameplay that propels the Call of Duty franchise into a world of future warfare, and back again to the modern era. The game is a sequel to the 2010 release, Call of Duty: Black Ops, and features returning Black Ops characters Sgt. Frank Woods and Agent Alex Mason, joined by a wealth of new characters. Additional features include: two distinct yet linked playable time periods, advanced weaponry, branching storylines created by player choices in Strike Force missions, exciting multiplayer options, and more.

Please note that viewers must be at least 18 to watch, so no harm comes to those with innocent eyes. This game includes

Pushing the boundaries of what fans have come to expect from the record-setting entertainment franchise, Call of Duty: Black Ops II propels players into a near future, 21st Century Cold War, where technology and weapons have converged to create a new generation of warfare between old and new foes. In this conflict, the mechanized creations of men reign supreme, facing off against each other as their creators stay safe and un-conflicted, and in the process grow ever softer. In this scenario an important question will be asked: What happens when enemy steals the keys? To understand such a possible future, you must understand where you have been.

Players of Call of Duty: Black Ops II gain an understanding of this and more through the game’s additional timeline set in the late Cold War era of the 1980’s. Within the campaign story, which spans these two eras, players will see familiar faces such as Alex Mason, his son David Mason, and Sgt. Frank Woods. Linking these together will be the rise of another player in the conflict, Raul Menendez.

Let’s get started on this epic Call of Duty: Black Ops 2 walkthrough! 😀

Part 2 of Mission 1 begins as you get shot down and board a boat.

“Mission 2: Celerium” takes place in 2025 Myanmar.
Objective: Mason and Harper must rendezvous with Salazar and Crosby.

“Mission 4: Time and Fate” takes place in 1986 Nicaragua.
Objective: Mason and Woods must observe Menendez. – Then we actually get to play as Menendez in a blood rage trying to rescue his sister Josefina. – Then back to Mason and Woods who must clear the Cartel village in an attempt to find and capture Menendez.