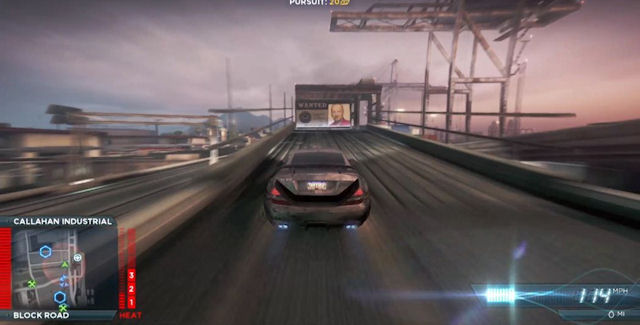 Welcome to the Need for Speed: Most Wanted 2012 Billboards locations guide to find the total of 159 Billboards in the Xbox 360, PC, PS3, PS Vita & Wii U open world racing game.

Finding all 159 Billboards locations unlocks the following achievement/trophy:
* “Got to Smash Them All” (25 Gamerscore / Bronze Trophy) — Smashed every Billboard.

A map of the in-game locations where the Billboards are found is shown in the guide below.

There are Billboards all around the city just waiting for you to find them and set your distance. To complete a jump and register a distance, you will have to smash the billboard and land without crashing.

Every completed jump will win you Speed Points. If one of your Most Wanted friends has set a distance from a Billboard then you will see their distance set against yours. The driver with the longest jump will have their picture displayed on that Billboard.

How To Unlock Shortcuts To Billboards:
Select the view you want to see it on on the map.

Do you have Xbox 360 Kinect? Then you’re in luck! If you want to locate a Billboard nearby, then call out “Billboards” to filter the map down to showing just those locations.
To select a destination, move your cursor over it. You can then choose to jump straight there, or display a route to take you to it.

Billboards Unlocking Tip:
Make sure you have the fastest car you can possibly get, because to trigger some billboards you have to go a certain distance to make sure you get it. It helps to have off-road tires to increase your speed on surfaces bad for driving, because for some of these billboards you have to ride off-road to get to them.
Note that having one bar of Powerbar Nitro helps here too to get enough run-up speed as you go up the ramp.

159 Billboards Locations On The Map:
You can see all of the Billboards on the Need for Speed: Most Wanted 2012 map below. – Click the thumbnail for the full-size image: 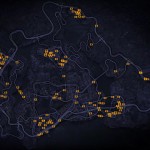 This video guide shows you where all of the Need for Speed: Most Wanted 2012 Billboards locations are on the map and in-game in Fairhaven.

Thanks to SillyGooseGaming for the guide video and to Gegge for creating the map.

Please comment if you have any Need for Speed: Most Wanted 2012 Billboards location tips of your own, we’ll give you credit for it. – Thanks for visiting!