Need for Speed: Most Wanted 2012 Cheats 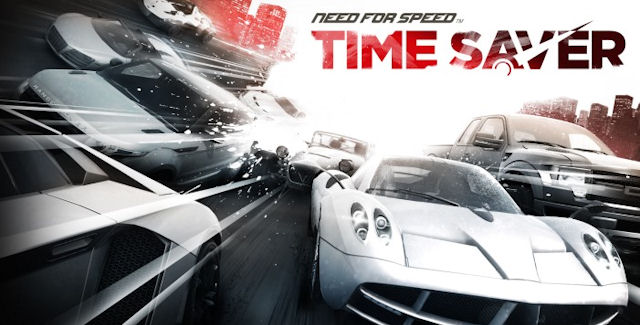 Need for Speed: Most Wanted 2012 Cheats

Kinect gives you voice control over your EasyDrive menu. It’s as simple as saying what you want to make it happen.

One of the game’s creators shows the optional Kinect voice controls in Need for Speed: Most Wanted:

Here are the voice commands and shortcuts you can activate with Xbox 360 Kinect.

• To open EasyDrive, say ‘EasyDrive’.
• To close EasyDrive, just say ‘Drive’.
• On the main menu, read out the option (races, cars, mods…) you’d like to select and you will jump straight to it.
• On the submenus, moving through options is as simple as saying ‘Next’ to move down the menu and ‘Previous’ to move up. When the option you want is highlighted, say ‘Yes’ to open it.
• Want to go back up a level in the menu? Then simply say ‘Go Back’. Want to see more? Then say ‘Show More’ to move down screens with multiple pages.

• Want to locate the nearest Speed Camera? Wondering where there is a Billboard nearby? Then call out ‘Speed Camera’, ‘Jack Spots’, ‘Recommends’, ‘Billboards’, ‘Friend Games’, or ‘Events’ to filter the map down to showing just those locations.
• To select a destination, move your cursor over it. You can then choose to jump straight there, or display a route to take you to it.

• Starting And Stopping Your Engine: To start your car with Kinect, say ‘Engine Start’ or ‘Ignition’. You can also stop the engine by saying ‘Engine off’.
• Looking Around: Say ‘Look Around’ to rotate the camera around your car; it’s a great way to admire your ride, or to spot any police units that are trying to sneak up on you.
• Easydrive Shortcuts: You don’t even need the menu open; just say ‘Races’, ‘Mods’,’ Cars’, ‘Most Wanted Races’, ‘Autolog Recommends’, Multiplayer’ or ‘Tunes’ to open up that menu right away.
• Pause: You can pause the game simply by saying ‘Pause’. Say ‘Drive’ to return to the action.
• Jack spots: Make your car switches smoother with Kinect. Drive to the Jack Spot and say ‘Jack’ when close to the car to switch between vehicles.
• View: Change your view on the move by saying ‘Change View’ and look back behind you by saying ‘Back’. Want to look back while you’re driving? Then say ‘Rear View’ to get a look at the cars behind you.
• EasyDrive: Access Easydrive by saying ‘EasyDrive’. To exit, just say ‘Drive’.
• Easydrive in Events: When you’re in an event, you can still use Kinect to restart the event; just say ‘Retry’ to go back to the beginning of that event. If you just want to get out of the event, then say ‘Leave Event’.

How To Add Your Face In-Game

Here’s how you can add your face to the game.

Step 1: Log on to your Origin account to change your profile picture to your face. This ties into Autolog that displays your record speeds, times, pursuits and jump distances throughout Fairhaven City.
Step 2: Now your face will populate your friend’s game if you get the furthest jump through a billboard. A constant reminder to your friends that you are Most Wanted. Literally leave your mark in the world!

Here you can see someone taking the top spot on one of the giant billboards:

How To Edit Your License Plates

You can earn License Plates to show off to other players online by completing Milestones and other secret challenges. Once you reach SpeedLevel 15, you’ll be able to edit the 8-letter License Plate number on it!

Instead of Need for Speed: Most Wanted 2012 cheat codes, Electronic Arts decided to make a “Time Saver Pack” DLC available for Xbox 360, PS3 & PC at a price of $9.99. Here is what it unlocks.

• In Most Wanted your currency is cars. What you drive, what you modify and how you drive tells your friends and rivals everything about the kind of player you are. You can give yourself the edge over other online players by unlocking all the cars in multiplayer with the Timesavers Pack.

• In single player, arm yourself to take on the Most Wanted Racers with all the car Jackspots marked on your map. You’ll instantly know the location of every car hidden throughout the open world of Fairhaven.

Do you know of any Need for Speed: Most Wanted 2012 cheats or unlockables?
Let us know in the comments, you’ll get credit for finding out. – Thanks for visiting!