Home » Guides » Mobile Guides » How To Unlock All Need for Speed: Most Wanted 2012 Cars

How To Unlock All Need for Speed: Most Wanted 2012 Cars 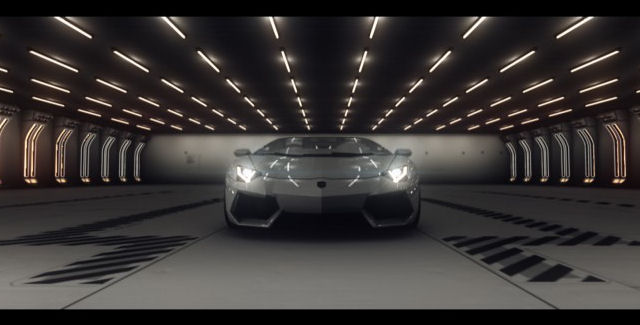 How to unlock all Need for Speed: Most Wanted 2012 cars? That question will be answered in this guide that shows you how to unlock cars to get a full dream car garage.

Finding all car locations and unlocking them for play will also unlock these achievements/trophies:
* “Most Wanted Rides” (100 Gamerscore / Gold Trophy) — Own all the Most Wanted cars (Single Player).
* “Love Them and Leave Them” (30 Gamerscore / Bronze Trophy) — Drove every Car.

Publisher Electronic Arts & developer Criterion Games have revealed 42 playable cars are available in Need for Speed: Most Wanted 2012 at launch.

Tip: If you want to change your ride in the game, bring up EasyDrive and select “Change Car”.

How To Unlock All Need for Speed: Most Wanted 2012 Cars

Get an exclusive inside line on the features of the Most Wanted Single Player campaign and see Fairhaven City, the game’s connected open world setting, like never before.

See the new footage from Fairhaven City, home to the 10 Most Wanted drivers, who stand in your way of becoming the Most Wanted. With all cars being available at the start, if you can find it, you can drive it.

• How To Unlock Cars In Single Player:

How to unlock new cars the fast way:

This handy video shows a map plus a lot of the in-game car locations:

Welcome to city of Fairhaven. Home to the most intense street racing on the planet. Ten drivers rule these streets. Always on the run from the cops, they drive the best cars, and dominate the city. They are the Most Wanted. To join this elite group, you’ll need to earn the right to race them. Beat them all and you’ll be number one – Fairhaven’s Most Wanted Driver. To do that, you’ll need cars… lots of cars. Spread out across the city are some of the hottest cars ever made. If you can find them, you can drive them. To own one simply drive up to a Jackspot and jump in. Follow the route marked on the map to your first car. The streets are waiting.

Tip: You may want to find a few cars, play some races, earn some mods to trick out your vehicles, before taking on the Most Wanted racers. They’re Most Wanted for a reason.

You’ve found your first car there are many more out there waiting for you, Just look for the vehicles with Badges above them. Hit the button to switch. Every car you find has its own set of races. These can be accessed at any time using EASYDRIVE™. Choose ‘Set Destination’ to find your first race. A route to the start line will appear on your map, follow it to the race start. To start the race pull up to the checkpoint and spin you wheels. Finishing first or second will win Mods for your car. Fit these immediately for an instant upgrade or use EasyDrive™ later to change your Tires, Nitrous, Chassis, Body or Transmission.

Tip: You found your favourite cars? As you drive them more, you’ll be able to upgrade your mods the Pro versions for an even more powerful advantage in your races and pursuits.

Speed Points are central to the game because they take you up the Most Wanted list, the more you earn, the closer you get to taking on the Most Wanted drivers and winning their cars. Racing is just one way to earn them. Pick up moreby smashing through billboards, blasting past speed cameras, destroying security gates or escaping the cops. Autolog tracks every Speed Point you earn. Speed Points are also your currency for bragging rights amongst your friends. Climb your personal Most Wanted list and dominate your friends by accumulating more Speed Points. Want to check your progress? EasyDrive™ is there to help you hunt down all the challenges across the city. What happens next is up to you…

• The 10 Most Wanted Cars Introduction:

Beat the hottest, fastest and rarest cars in the game in a series of one-on-one events to become Fairhaven City’s Most Wanted.

Race, chase and explore your way to the top. Your goal is to become the Most Wanted. Win races, find new cars, beat your friends’ records, ditch the cops, wreck your rivals or explore the city: everything you do in Most Wanted earns you Speed Points, increases your Speed Level and attracts the attention of the ten Most Wanted Racers.

• How To Unlock The 10 Most Wanted Cars:

The Fairhaven Police Department has a list of many of Fairhaven’s street racers, some only known by aliases. The top 10 elite of this select group are FPD’s Most Wanted.

To earn the opportunity to meet and beat these racers, you will have to earn enough speed points through competing in events and exploring the city.

The Most Wanted car number 1 is the: Koenigsegg Agera R. You’ll only be able to race this last unlockable car after you’ve gained a total of 1 million Speed Points! Then you’ll be able to race against it. To win this last race use a very fast car like the Lamborghini Aventador LP700-4 with Nitro on it. Immediately after you finish first, you’ll have to take down/shut down the #1 Most Wanted car by ramming it (and making it crash), and that’ll unlock it for you to drive!

The Most Wanted cars #9 to #2 are: Shelby COBRA 427, Mercedes-Benz SL 65 AMG, Lexus LFA, McLaren MP4-12C, Porsche 918 Spyder Concept, Lamborghini Aventador, Bugatti Veyron Super Sport & Pagani Huayra.
You can see how they are unlocked in our Need for Speed: Most Wanted 2012 Walkthrough.

Check out Most Wanted’s nonstop multiplayer in action. Stick it to your friends in the world’s hottest, fastest and rarest cars.

Online play is about friends and fun, as long as by “friends” you mean the people you want to slam off the road and by “fun” you mean intense competition, brutal humiliation and maniac driving. Pick a car, meet up and laugh your way through a nonstop Playlist of competitive races, events and challenges. Fight for your place on the start line or turn back to take out oncoming rivals at the finish.

• How To Unlock Cars In Multiplayer:

In Multiplayer, you start at SpeedLevel 1 with a set of specially selected preset cars; these are hand-tuned with a fixed set of preset mods to get you straight into the action. Your Multiplayer SpeedLevel determines how much you’ve unlocked to play with. As you go up from SpeedLevel 1 to 70, you’ll unlock more cars, Milestone Lists (completing these will in turn unlock mods and paint for your car), Sweet Revenge Awards and License Plates.

Your Multiplayer SpeedLevel is determined by the number of Speed Points you have. So if you have played the Single Player game and earned some Speed Points, the next time you return to Multiplayer, you’ll find your SpeedLevel has increased and unlocked even more cool stuff to play with online.

Car unlocking example: The Ford Focus ST is a multiplayer-exclusive. How to unlock it? Win 7 online events with a different Ford vehicle.

The Online Pass comes free with new games or is available at $9.99 for 2nd hand copies. It gives you full access to Need for Speed Most Wanted’s Online Experience. With your Online Pass you’ll be able to earn Speed Points & progress your Speed Level to unlock all cars and mods in Multiplayer to get the edge over your friends and rivals.

• How To Start Getting Custom Cars:

Once you reach SpeedLevel 2, you’ll start unlocking cars that you will be able to customize. Each is unlocked with Stock components and a basic paint job.

To unlock mods to customize these cars, open up Customize Car in EasyDrive and check out the Milestones that are available. Complete the Milestone and the mod will be yours to equip to that car.

Tip: Once you’ve unlocked a milestone for a car, progress towards that milestone still counts if you’re driving the version of the same car.

There are three different pre-order DLC packs for early birds:

The $9.99 “Time Saver Pack” DLC is available on PlayStation Store & Xbox Live Marketplace provides instant access to all cars in Need for Speed: Most Wanted’s Online Multiplayer. You’ll also have access to All Cars with the exception of the Most Wanted Cars. The Most Wanted Cars and Jack Spots will marked on your map for you to find/unlock in single player. To get these exclusive Cars you’ll have to use your skills and take them down!

What DLC Car Packs would you like to see in the future?

Please share car unlocking tips you’ve discovered in the comments section below, we’ll give you credit for it. – Thanks for visiting!