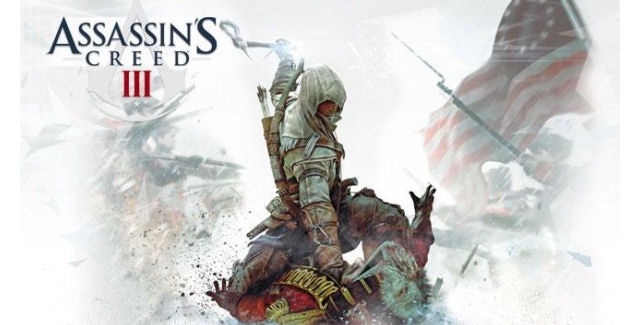 Sequence 5: The Day the Templars Cried

“Sequence 05: The Day the Templars Cried” — 1769-1773… A vision of a First Civilization woman has spurred Ratonhnhake:ton to leave his village. He searches for a way to protect it from the encroaching Colonists.

In Sequence 5 you get to control a young Connor Kenway, who at this time is still named Ratonhnhaké:ton (but that’s hard to remember so we’ll call him Connor all the same). Connor kills a cougar, finds Achilles Davenport, and begins training to become an assassin.

Mission 1 “A Boorish Man” Objective: Meet with the Assassin and convince him to train you.
Full Synchronization: Limit health loss – 50%

After six months of training with Achilles, Connor tries to prevent the Boston Massacre and learns to lower his notoriety.

Objective: Travel to Boston to resupply the Homestead.
Full Synchronization: Escape within the given 1:20 minutes of time.

Connor visits the Underground, returns to the Davenport Homestead, receives Hidden Blades, and recruits a few new members to live in the Homestead.

Mission 4 “Boston’s Most Wanted” Objective: Connor has been blamed for the Boston Massacre. With the help of Samuel Adams, he will need to reduce his notoriety before leaving the city.
Full Synchronization: Do not raise your notoriety to level 3.

Mission 8 “River Rescue” Objective: Godfrey’s friend, Terry, is about to drown. Help him. Reach Terry before he goes over the waterfall!
Full Synchronization: Do not touch the water while rescuing Terry.

And finally, the Homestead Mission “The Whittler’s Weapons” is covered. Help the stranger.

There are three ways to lower your notoriety:
1. Remove wanted posters.
2. Bribe town criers.
3. Visit a printer to create your own propaganda.

Underground Fast Travel Tip: Interact with an underground tunnel entrance to access and unlock new Fast Travel points or select unlocked entrances on the Main Map to Fast Travel to that location.

Mission 11 “The Hard Way” Objective: The Aquila must be equipped with cannon at Martha’s Vineyard. Officers must also be hired to command the new guns. Then we sail.
Full Synchronization:
• Do not take any damage.
• Successfully brace when attacked – 3/3
• Use the swivel guns to destroy ships – 2/2
• Completed all the constraints in one playthrough.

Note: For a laugh, jump off the ship into the ocean and hear your men scream “Man overboard!” Don’t worry, you can still climb aboard again.