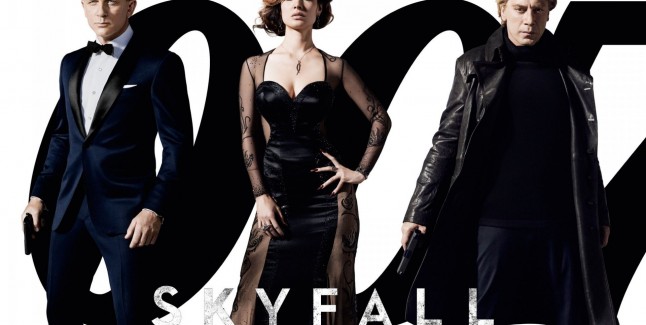 007 Legends’ story is inspired by five classic Bond films – Goldfinger (1964), On Her Majesty’s Secret Service (1969), Licence to Kill (1989), Die Another Day (2002), Moonraker (1979). But fans may have noticed that the 6th film-based mission, of the upcoming Skyfall movie (2012), is currently missing from the game! But why? To avoid Skyfall story spoilers leaking before the Skyfall movie’s even out, the creators didn’t include the final Mission on disc, and are instead offering Skyfall as free 007 Legends DLC a few weeks after release!

007 Legends features a sixth Mission based on this year’s highly anticipated Bond film – Skyfall – which will be available to unlock as free downloadable content (DLC). Timed to the North American release of the feature film, PlayStation Network subscribers will gain exclusive early access to the Skyfall Mission on November 9th, 2012, and then on November 20th, 2012, the Mission will be available on Xbox LIVE online entertainment network.

Quotes from the game creators about the Skyfall Mission:

“Skyfall is an integral part of 007 Legends’ story.” -Eurocom

Developer Eurocom’s Rob Matthews says: “Skyfall (due in cinemas on 26th October) is an integral part of 007 Legends’ story – the action from the film bookends the other missions and we’ve built the overarching narrative of the game around a pivotal event that occurs early on in the film.” He added: “During the Skyfall mission, we visit two striking locations that have been faithfully recreated from the film, and we also feature some of the film’s fantastic acting talent, including Daniel Craig as Bond.”

“The team at Eurocom has really outdone themselves this time with 007 Legends, delivering a very unique and comprehensive Bond video game we’re sure fans will enjoy playing,” said David Oxford, EVP/General Manager, Activision Publishing. “Fans not only get to experience these great, defining moments from Bond’s past that have made him the spy he is today, but they also get to become Daniel Craig’s modern-day Bond, and play through an all-new, contemporary story mission based on the upcoming Skyfall film that comes out as DLC. This really is the most robust and unique Bond video game experience to date.”

“Eurocom, Activision, EON and Danjaq should be extremely proud of their collaboration to make the most diverse Bond video game to date,” David G. Wilson, VP of Global Business Strategy, EON. “007 Legends pays great homage to the Bond legacy and is another way for fans to interact with the world’s favorite spy as we celebrate the 50th anniversary.”

007 Legends also features an impressive roster of past and present Bond film talent, including Daniel Craig’s James Bond; Michael Lonsdale as the villainous Hugo Drax and Richard Kiel as his notorious henchman, Jaws, from Moonraker; Naomie Harris as Eve from Skyfall; Toby Stephens as Gustav Graves in Die Another Day; and Carey Lowell as Agent Pam Bouvier in Licence to Kill.

007 Legends is available on Xbox 360 & PS3 at North American & European stores this week and will come to Australia on October 31st, 2012. PC release is on November 2nd and Wii U release in December 2012.

It turns out that, not only are Sony fans getting the 007 Legends DLC two weeks early (no doubt because of Sony Pictures Entertainment distributing the movie), but Sony PlayStation 3 owners will get more free DLC. – As a special Playstation Network exclusive, two of the main characters featured in the film – MI6 field agent Eve (played by the actress Naomie Harris) and the assassin Patrice (Ola Rapace) – are available as multiplayer characters, each with their own special features and abilities.”

Are you looking forward to getting the Skyfall Mission as free 007 Legends DLC?