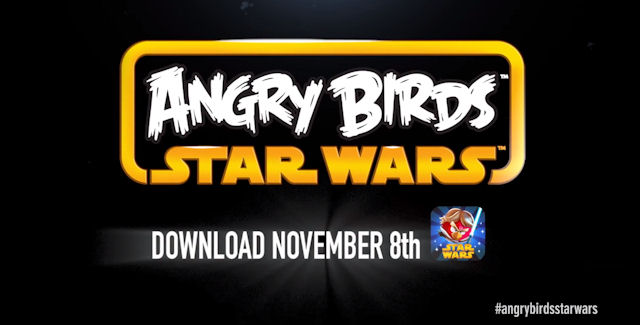 “A long time ago in a galaxy far, far away….” Uhm no actually it was today that Rovio Mobile announced the Angry Birds Star Wars release date falls on November 8th, 2012! 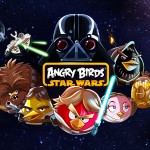 Here’s what Rovio had to say about their upcoming game:

“On November 8, the Angry Birds and Star Wars universes will collide, in our best game to date. http://angrybirds.com/starwars

It doesn’t stop there though, we’ll have a whole host of toys, animations and other Angry Birds Star Wars goodness to enjoy! So, watch the video a few times – this is just the beginning.

May the birds be with you.”

The first of the “Star Wars Angry Birds” Hasbro toys have been revealed on the ToysRUs website. They include:

Interestingly these toys include “Code inside to unlock Angry Birds Star Wars App Content”.
Considering the premise of Angry Birds games, I found the warning labels on these toys pretty funny, with them saying “Do not aim at eyes or face”. 😆

While no platforms have been confirmed yet, it’s surely launching on Apple iOS & Android mobile devices, as well as PC & Mac. Consoles or other handhelds may follow in the future.

Are you excited to play Angry Birds Star Wars upon release?