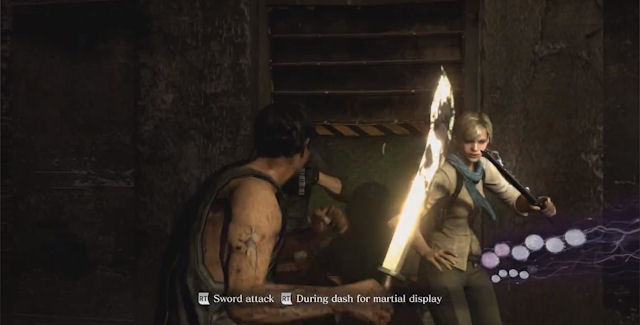 Let’s find out some of the Resident Evil 6 secrets the game has been hiding from you!

How To Play As A Zombie Secret

Secret #1: Capcom has confirmed Resident Evil 6 lets you play as a zombie (and other mutations). Once you complete Resident Evil 6, you will unlock Agent Hunt mode. You must complete the main campaigns for either Leon, Chris or Jake to then unlock the Agent Hunt stages for each of those respective campaigns.
Note: Don’t worry if you don’t want people stomping through your campaign, you can turn the feature off from the Main Menu.

For those who want to experience the action as a zombie, mutating J’avo or other C-virus mutation, then the all new online mode Agent Hunt delivers. This new multiplayer mode allows you to join in other player’s Campaigns as the enemy! As a ‘hunter’ players will be able to infiltrate other players’ sessions with the aim of eliminating the human characters. As a hunter, players will have access to the unique movements and attacks of each of the enemies, including those of the various J’avo transformations.

Sneak up on real-life players and stop ’em in their tracks!

I’ve had people-zombies join my game once in a while, but in the chaos of a mass-attack I can never tell which zombie they are, and they usually leave five minutes later. I guess me shooting them in the head over and over isn’t so much fun for zombies hehe. Still, it’s nice to have the admittedly well-hidden option to be the zombie for a change.

Resident Evil’s very own femme fatale Ada Wong will be a playable character with her own individual campaign. It’s a single player experience, Ada’s campaign features unique missions, gameplay & weapons and will provide her perspective on the bioterrorist outbreaks that threaten to wipe out the world’s population. As such, it’ll provide answers to the unanswered questions from the first three campaigns.

Have you discovered any Resident Evil 6 secrets?