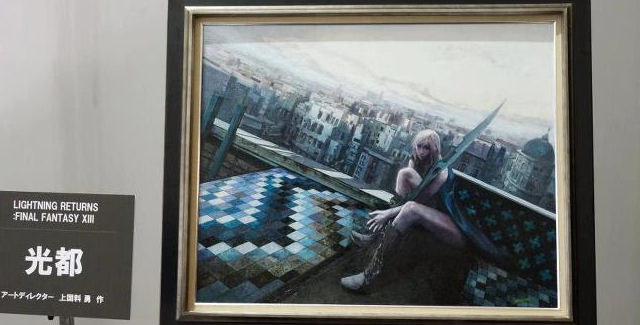 Square Enix today announced Lightning Returns: Final Fantasy XIII for PlayStation 3 and Xbox 360 is due in 2013. This was confirmed at the Final Fantasy 25th Anniversary event in Japan.

This new RPG is NOT a sequel to Final Fantasy XIII-2, but instead a brand new game in the Fabula Nova Crystallis sequence. Which, by the way, is just a fancy Latin way of calling this current-generation Final Fantasy series “The New Tale of the Crystal”. The game will somehow feature Facebook integration.

It’ll be the final chapter in Lightning’s story, who has just 13 days left until the Doomsday Clock ends the world. She’ll be stronger, with much more customization (morphing weapons & appearance) and more mobility (jumping & climbing) during gameplay. The game’s world-driven plot unfolds on a chain of four Navus Partus islands. You must explore the island locations, for example the region of Luxuria, that have a strong classic European / futuristic fantasy vibe. In towns you’ll explore and talk to NPC’s, as the world shifts between a day and night cycle. Don’t worry about too much walking, you’ll be able to fast travel via monorail!

You can see what one of the cities looks like, from Lightning looking at it from a rooftop, in the art director’s oil painting shown at the top of this page, as well as in the below image gallery.

Click on the thumbnails to see the islands, a city, and a giant red dragon monster! 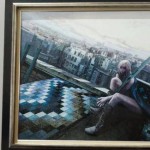 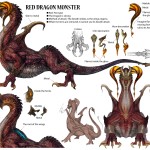 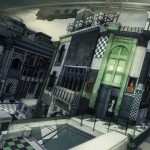 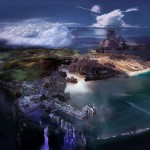 Watch as Yoshinori Kitase, Producer of the Final Fantasy XIII project, announces the newest title in the series on video.

The developer clarified that Final Fantasy Versus XIII (PS3) is still in development, but that the company’s focus and all its resources right now is on finishing Final Fantasy XIV: A Realm Reborn (PC, PS3) and Lightning Returns: Final Fantasy XIII (PS3, Xbox 360).

We’re promised more details — and hopefully the trailer that was shown behind closed doors — on September 4th.

Are you excited by Lightning Returns: Final Fantasy XIII’s premise?