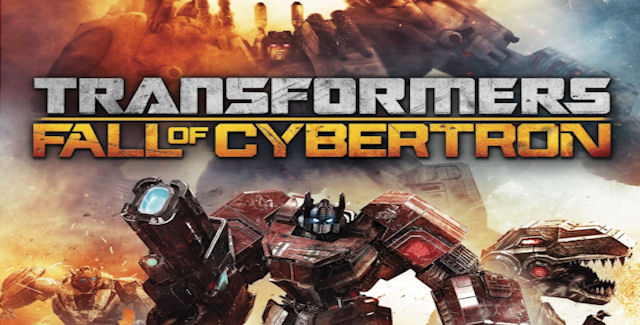 This Transformers Fall of Cybertron walkthrough will guide you through the beginning to ending moments of gameplay with strategy tips for this Third-person Shooter on the Xbox 360, PS3 & PC.

Transformers: Fall of Cybertron is a third-person shooter that returns players to the Transformer’s planet of Cybertron for the final battles of the legendary war that preceded their arrival on Earth. The game continues the story of the earlier game, Transformers: War for Cybertron. Players experience the war from both the Autobot and Decepticon point of view, and utilize new powerful transformer types. Additional features include: epic large scale battles, character specific abilities, character customization, improved enemy AI, varied mission play, and online multiplayer.

Please note that viewers must be at least 12 to watch, so no harm comes to those with innocent eyes. This game includes Animated Blood, Violence.

Transformers: Fall of Cybertron transports you to the final days of the planet Cybertron where you will experience the darkest hours of the apocalyptic war between the Autobots and Decepticons. Embark on an adrenaline-fueled journey through a wide range of missions and massive environments designed around each character’s unique abilities. Fight through both sides of the most epic battles leading to their legendary exodus from their homeworld. In addition, players experience action in the form of new Transformer bot types Combaticons, Insecticons, and Dinobots.

Welcome to the Prologue of the Transformers: Fall of Cybertron walkthrough! Watch the introduction cinematic here:

Objective: As the Ark rockets towards a wormhole in space. Bumblebee fights against Decepticons eager to board and destroy the Autobots’ last hope.
Location: Ark

Tip: Some weapons have an alternative fire mode that allow you to charge them or detonate their projectiles in mid-flight.

Objective: Iacon is besieged. Optimus must rally the troops, fight to restore power and aid in the defenses for the Autobots’ last stand.
Return to the gates of Autobot City. Then go to the armory and access Teletraan 1.
Location: Central Spaceport

Objective: With the ancient power of the Metroplex, Optimus pushes back the invading armies as he targets and destroys Megatron’s last Warp Cannons.
Lead Metroplex to the first Warp Cannon. While Metroplex is target synchronizing with Optimus Prime, you must destroy all Decepticon Leapers. Then enter targeting mode to direct Metroplex’s attacks to destroy the first of the three Decepticon Warp Cannons. Rinse and repeat these steps to progress.
Location: Iacon East

Chapter 4: Eye of the Storm

Objective: Cliffjumper must scout the blasted ruins of the Sea of Rust looking for clues to Grimlock and his team’s disappearance.
Location: Sea of Rust

Objective: As Jazz explores the sewers and warrens of the Decepticon stations in the Sea of Rust, he finds the answer to just where Grimlock went.
Location: Undercity Sewers

Transformers Fall of Cybertron Walkthrough continues on Page 2 with Chapter 6: Death from Above.