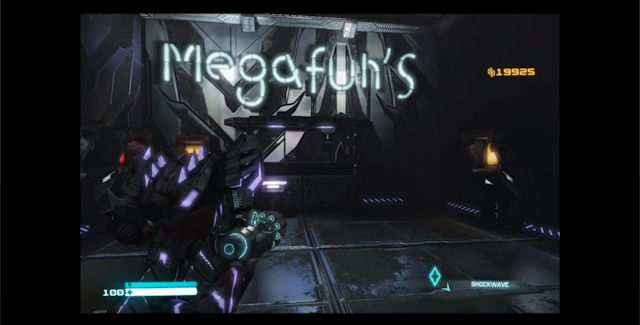 Let’s take a look at some Transformers Fall of Cybertron easter eggs.

It can be found at the start of Chapter 2 in the game, in the area where you find the first audio log. Bash through you the wall to the left of that area to find the easter egg, it’s Optimus Prime’s War for Cybertron Axe!

Also in Chapter 2, Optimus Prime sits back and enjoys some TV.
We also see Grimlock’s room with Grimlock’s Sword, Bowtie, and his locker that is filled with Decepticons’ head haha!

In this same chapter there’s also the Sky Spy. — Be sure to have a look around all rooms.

It can be found during the chapter when you’re playing as Jazz in Shockwave’s base. In the area near the base, right before you meet Shockwave. After you let Cliffjumper in the gate, just after you jump to the side entrance, turn around and you’ll find a hall full of several weapon cache pods. In the back of the room, you’ll see a switch. Activate the switch, and it’ll transform into a tap dancing robot! It kinda looks like he’s “doing The Carlton” (Fresh Prince of Bell Air reference). Bumblebee also does this dance during the credits.

Bonus: After that’s over the backwall will explode, revealing a lot of Energon and a Chaos Rift Combuster for you to pick up.

In Chapter 9: Megatron Returns, before stepping onto the elevator that leads to the arena where you confront Starscream… turn left and you should see a Teletran 1 console. Transform into the fusion tank and blast the wall behind it. This should reveal a hidden arcade called: Megafun’s, with a crane game easter egg.

Bonus: Playing the crane game and completing it, awards a good amount of energon shards. In order to complete it, I think you just have to hit the X, Y, B, A buttons in order each time the claw lowers. If done correctly, a little figure of a Decepticon transformer should be grabbed by the claw and then dropped.
You can win little toy versions of: Soundwave, Megatron, Onslaught, and Starscream.

It can be found in Chapter 3. A pinup painting of the female Transformer Arcee are in Cliffjumper’s room section.

It can be found in Chapter 11. Let Starcream reclaim his temporary leadership of the Decepticons by finding his King Crown.

The rest of the random Easter Eggs

There are various other easter eggs that can be found throughout the game, such as:

* Chat references from the Transformers Movie in Grimlock’s level.

* Laserbeak is in? the area where you take on the leapers as Optimus. Another Laserbeak is with Soundwave in Optimus’ level.

* You can find (and play?) Super Grimlock Quest 64 in the area shown at 4:46 minutes into this video:

* Soundwave has his original G1 Cybertronian Form in a corner of his lab;

And in the far back of his lab you can see Onslaught running for his life on a conveyor belt dropping dead bots into the pit.

* Saving Private Ryan reference at the start of the game when a black transformer is looking for his arm lost in battle and picks it up.

These were found by various folks at Gamefaqs.

Have you discovered any Transformers: Fall of Cybertron easter eggs?