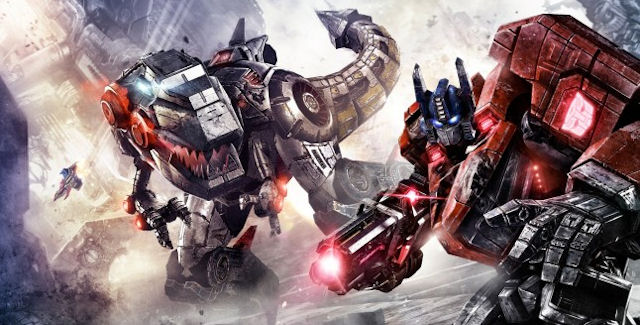 Many Transformers Fall of Cybertron characters will be playable on the Xbox 360, PS3 & PC third-person shooter game from its release on August 21-24, 2012. Most of the characters announced are returning favorites, but the game will also have brand new characters and all-new areas to explore with them.

The list of confirmed characters is 30 so far. Please note that reading any further will contain OBVIOUS SPOILERS for the game’s story mode, since so many Transformers are playable in both multiplayer and single player this time around — so be warned when you read the list that sometimes it’s more fun to play the game and be surprised. 🙂

Who’s your favorite character in Transformers: Fall of Cybertron?

Here’s the launch trailer for Transformers: Fall of Cybertron showing the main cast of characters.

This Dinobots Behind-the-Scenes video explains how these fan-favorites got into the game.