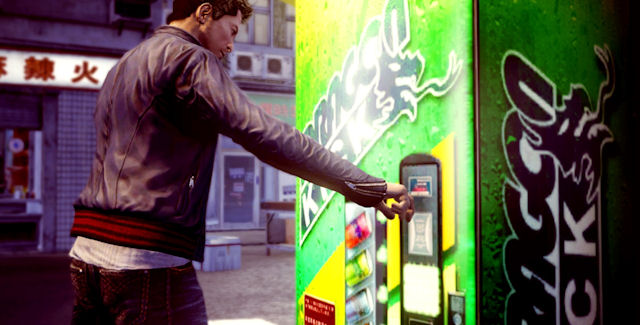 Square Enix London Studios has announced Sleeping Dogs DLC will be available from launch week up and they will be providing six months of additional downloadable content for the undercover cop drama to expand the open world experience with extra cars, clothes, and missions.

“Sleeping Dogs is a game we know fans will want to keep on playing, so over the next six months we’ll be creating a series of new content packs giving players everything they need to keep enjoying the game. We want to create something to suit everyone’s play style from cool cars and high-speed missions to outlandish outfits and game-extending mission packs. The game launch is just the beginning.”

1. Sleeping Dogs – Japanese Presell Pack
2. Sleeping Dogs – Prima Guide
3. Sleeping Dogs – Retro Triad Pack — “Go old school with a killer look and ride straight out of the 80’s. Items come with their own buffs.”
4. Sleeping Dogs – Top Dog Silver Pack — “Want to earn respect fast and be a Top Dog? This pack will upgrade your character with an instant boost to their Triad, Face and Cop levels and reward them with new abilities.”

DESCRIPTION: “Burn rubber on four wheels! Tear-up the streets on two tires! Rip through the water in a turbo-charged speedboat!
Delve deeper into the underground world of street racing with the adrenaline-fuelled Street Racer Pack. Three lucrative new races await across the streets and waterways of Hong Kong island:
* Kamikaze, a race up and down the winding tracks of the city’s Victoria Peak.
* Cross Island Enduro, an epic endurance motorcycle race.
* Harbor Run boat race.
The Street Racer Pack comes complete with a new Sting superbike, a Dragon Helmet and a Racing Jacket with extra protection against gun fire.”

DESCRIPTION: “Twenty new and replayable cop missions, featuring a unique SWAT outfit & SWAT van.
Patrol the streets of Hong Kong in an armoured van and respond to multiple emergency situations across the city in the SWAT pack. Kit yourself out in a full-bodied Super-SWAT Tactical Uniform and withstand twice as much damage. Plough into fugitive vehicles with the armoured SWAT van and use it for cover as you take down armed robbers, drug runners, smugglers, and resolve hostage situations.
* 20 new missions and 4 different missions types
* Exclusive new cop outfit with extra damage resistance
* Exclusive new armoured SWAT vehicle”

DESCRIPTION: “Enforce the streets in style with a powerful new weapon and armour
Command authority as you dominate the streets with the Tactical Soldier Pack. Prepare to take on all that Hong Kong throws your way, fully equipped with the strongest armour and most destructive weapon in the game. The Assault Rifle from ‘The Funeral’ and ‘Civil Discord’ missions (with its under-barrel grenade launcher) will be readily available at each of your apartments alongside the Tactical Outfit, the game’s most powerful personal protection. Always accessible, grab them whenever you feel the need to unleash a display of force.”

Hopefully through DLC missions we’ll get to see more of the characters.

Are you interested in the newly announced Sleeping Dogs DLC?