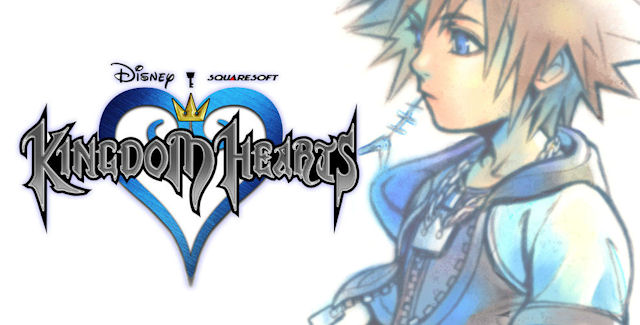 E3 2013 UPDATE: Square Enix has officially confirmed Kingdom Hearts 3 has gone into development! So far it was only confirmed for PlayStation 4 and Xbox One. 😀

“The Kingdom Hearts team is currently too busy with other projects such as Final Fantasy Versus XIII to work on Kingdom Hearts III. They are doing research concerning the high-definition graphics of the game, and depending on the technical requirements of the next generation consoles, Kingdom Hearts III may see a release on existing platforms.

Kingdom Hearts III’s story will pick up directly after the events of Kingdom Hearts 3D: Dream Drop Distance and serve as the final chapter of the “Xehanort Saga”, although it will not be the final game of the series overall.”

This may suggest a multiplatform release on HD consoles like PlayStation 3, Xbox 360, and Nintendo Wii U.

Mr. Nomura went on to tell Game Informer magazine in their June 2012 issue that:

“Square Enix will announce a new Kingdom Hearts game when the staff are currently working on it. Moreover, there will be no sequel to Kingdom Hearts Birth by Sleep nor an updated version of Kingdom Hearts 3D: Dream Drop Distance.

We have been invited to make games on different new platforms, and every time we have created titles making sure that they are highly compatible with the platform,. The PlayStation Vita is definitely a powerful device that is very interesting, but because of it’s high power, there isn’t much of a difference with a console. So even if we were to make a game, we would have to be very careful about how to create it for that device. I also feel that it’s about time that Kingdom Hearts should go back to being on a console.

I’m not able to disclose any information on what’s coming next or any other future plans, but you may be able to find a hint if you play through Kingdom Hearts 3D: Dream Drop Distance to the very end.”

But what can we do now except wait? Commenting is the answer! The team at Square Enix said this in a new Kingdom Hearts 3D: Dream Drop Distance interview with the 3DS game’s co-director Tai Yasue. He also worked – alongside Kingdom Hearts series director Tetsuya Nomura – on the previous Kingdom Hearts Birth by Sleep game on PSP.

By the way, those two side-games released in recent years were made by the OTHER Kingdom Hearts Osaka team. While the Kingdom Hearts Tokyo team is set to make the main numbered games in the series. That’s not to say the side-games team can’t, Mr. Nomura in fact stated that after the PSP & 3DS games he’d now trust them to make a main game.

“We’re always listening to our fans. The choosing of the worlds, what users said in comments about previous Kingdom Hearts games, and we adjusted [the next game to include suggestions] each time.” -Tai Yasue

We’re always listening to our fans, I think that’s one of the most important things. The choosing of the worlds, for example with Notre Dame [based-world “La Cité des Cloches” in Kingdom Hearts 3D], we sort of chose [The Hunchback of] Notre Dame because a lot of the user input said they wanted that world inside a game. — Everything we do; all the actions, all the gameplay, I think is from our experiences from past games… what users said in comments about previous Kingdom Hearts games, and we sort of adjusted each time [based on what fans said]. So in a way I think that’s really important. And I’m looking forward to hearing a lot of the comments for Kingdom Hearts 3D.”

Five minutes into this interview Tai Yasue shares his thoughts on Kingdom Hearts 3:

I realize it’s a long wait, but I think this is all good news, because Tetsuya Nomura has said he wants to make Kingdom Hearts 3 as his next game when he has free time again. Plus he’s under pressure from Kingdom Hearts fans, Disney AND Square Enix to “work to realize it as soon as possible”. So the game will hopefully come out in the next three years.

January 2015 Update: Goofy’s voice actor has already recorded all his lines for the English version of Kingdom Hearts 3! As far as he can tell anyway. To quote his @GoofyBill Twitter account when asked by a fan for the game’s release date: “It’s coming out sometime this year!” Let’s hope it really arrives in Fall 2015.

Shortly after he removed these tweets (probably at Square Enix’s request) and corrected himself by saying: “The release date for Kingdom Hearts Three has not been announced yet!”

The release date for Kingdom Hearts Three has not been announced yet!

Square Enix’s official Twitter just confirmed they are not ready to tie down a launch date yet.

There was a Goof! The release date for @KINGDOMHEARTS III remains unannounced.

When the Kingdom Hearts 3 release date comes around, what worlds do you want to play in?