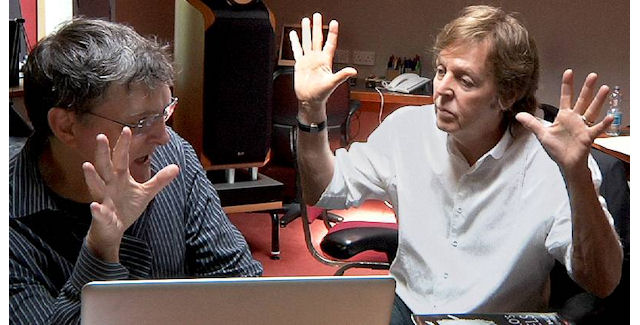 After word of Bungie’s new sci-fi shooter game Destiny was leaked a while back, we now know that Paul McCartney will be composing original music for Destiny!

The Beatles musical legend Paul McCartney is currently busy composing music with Bungie. He confirmed this via his official Twitter account, saying:

“I’m really excited to be working on writing music with @bungie, the studio that made Halo.” -Paul McCartney

“I’m really excited to be working on writing music with @bungie, the studio that made Halo.” He hinted at this back in January 2012 when he said to be “working on music for a computer game.”

Destiny is part of Bungie’s ten-year publishing deal with Activision. So while no release year has been confirmed for the game, we do know that Destiny will be Bungie’s first multiplatform title in a long time, as it’ll be available on the Xbox 360, PlayStation 3, and PC.

Paul McCartney has composed a lot of timeless classics like “Let It Be”, but it’s “Yesterday” stand-out tune that has made it a staple to learn to play in music classes the world over. So he’s definitely the go-to-guy to create memorable songs for Destiny.

PS: Whenever I say “Destiny”, I keep getting flashbacks to the awesome Stargate Universe show who’s titular starship was named Destiny for its mission to track down the God-signal — explained to be a pattern in the cosmic microwave background radiation left over from the Big Bang indicating life before the Big Bang.

What do you think of Paul McCartney making music for Bungie’s Destiny?