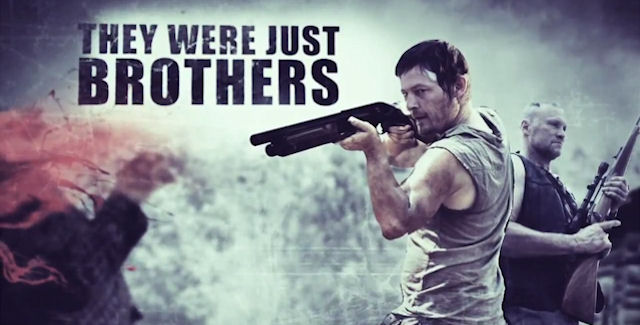 Activision has announced The Walking Dead Video Game is coming to Xbox 360, PlayStation 3 and PC in 2013.

Note: This TV show-based FPS game is not to be confused with the download-only episodic The Walking Dead adventure game by Telltale Games that’s based on the comic books.

The new Walking Dead video game takes the undead and brings them out of the AMC Emmy award-winning TV show and into console gaming systems in a new, terrifying way. Terminal Reality’s first-person shooter action game will allow players to assume the role of the mysterious, crossbow-wielding survivor Daryl Dixon on an unforgiving quest to the supposed safety of Atlanta.

The iconic walkers will relentlessly hunt down players like their television counterparts using a combination of sight, sound, and smell. As Daryl, players will need to tread carefully throughout each new area they explore. Once discovered, it doesn’t take much to attract an unstoppable horde of undead walkers, so every threat needs to be assessed, and every situation analyzed. No place is truly safe for Daryl as he makes his way through the Georgia countryside, alongside his overbearing brother Merle, in this new, post-apocalyptic world.

But it’s not all first-person shooter action. Apparently supplies will be scarce to bring in an element of food & ammunition management. Daryl will encounter a slew of other characters along the way that can help or hurt him, and it’ll be your choice whether or not Daryl will team up with them.

Are you game for more The Walking Dead Video Game action?