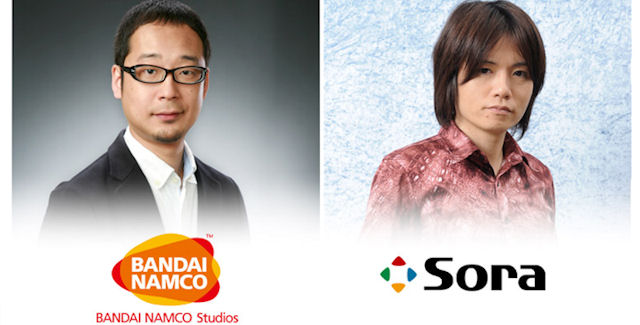 The Super Smash Bros. Wii U & 3DS development team has been announced. Namco Bandai’s SoulCalibur & Tekken staff will be joining Super Smash Bros. series director Masahiro Sakurai, and the Nintendo staff already in place, to create the next fighting game.

Project Sora’s staff of around 30, who previously worked on Super Smash Bros. Brawl and Kid Icarus: Uprising, have been let go. Although Sakurai’s own Sora Ltd. is still overseeing the game. Instead, Namco Bandai has pledged significant manpower to the new game. Continue reading for some quotes from the new team that talk about taking a new direction is more important than simply adding more characters.

It’s my personal belief that the only time a creative product really resonates is in that first moment when it’s actually in front of you.

With that said, I’ve realized that if we keep the new Super Smash Bros. title’s development structure secret, it’ll only create more and more speculation, and I won’t be able to develop the game with any freedom. That’s why I’ve decided to announce this news right now, even though it’s still very early on.

I would love to provide more information, but for now, I’m going to stay quiet until I have something solid to show you.

The project has just gotten started. Bear in mind that not only are we developing two titles simultaneously, but we announced the project before we even started actual development, so I’m afraid we will likely have to keep you waiting for quite a while. Please be patient.

Currently, the prototype prepared by Namco Bandai Games and Namco Bandai Studios’ special team looks pretty good, and it’s working great. In order to take advantage of the fact that there will be versions for two different systems, and to maximize and offer fun new gameplay elements, the entire team is going to work hard together. Thank you.”

Sakurai comments on the future of Super Smash Bros.:

“It isn’t a matter of ‘if the next game has 50 characters, that’ll be enough.’ There is a certain charm to games that have huge casts of playable characters, but they tend to have issues with game balance and it becomes very difficult to fine-tune each character and have them all feel distinctive…. In terms of quantity, we’ve probably already reached the limit of what’s feasible [35 characters in Brawl]. I think a change of direction may be what’s needed.”

Even though Super Smash Bros. Brawl was co-developed by Game Arts and Monolith Soft, not all fans were happy with the idea of an outside studio like Namco Bandai strengthening Nintendo’s team and director. One fan even cried foul to Sakurai’s Twitter account saying Namco Bandai were too incompetent to handle Super Smash Bros., to which he replied…

“Knock off looking down on them with narrow-minded thinking.”

That’s right, let’s have some faith in the game with him still leading the way. 🙂

“Hello, everyone. I’m Masaya Kobayashi of Namco Bandai Studios. I’m so honored to be able to join the Smash Bros. team–that globally popular series of which Japan is particularly proud—and to work alongside of Mr. Sakurai.

In order to make Mr. Sakurai proud, we will take on this project with Namco Bandai’s best staff! Yoshito Higuchi, the producer and the director of the “Tales” series, Tetsuya Akatsuka, producer and director of “Mobile Suit Gundam: Extreme Vs.,” the art director/sound director of the “SoulCalibur” series, the main development team staff from the “Tekken” series… and that’s just for starters. All the top creators from Namco Bandai are gathered here to create a never-before-seen dream team for this project. We will fully utilize our experience and knowledge in action/fighting game development, technical capability, and organizational strength, and we hereby promise you that we will develop the best and most powerful “Super Smash Bros.” title ever! Don’t miss it!”

Tekken producer Katsuhiro Harada weighs in on the announcement:

“Obviously it’s a big priority for the company, so company-wide there are a lot of people involved with that particular project. Not just from Tekken but a lot of our franchises. Although our main core staff is busy with Tekken Tag tournament 2 and trying to finish that up, I do think we’ll support the initiative in some kind of capacity.

The fans, rather than asking about Tales or Gundam, or some of our other franchises, the fans abroad saw Tekken as one of the key words and took off on that. We’re not really sure at this moment but when thinking of the playerbase who is playing Smash Bros, maybe Tekken characters is something they wouldn’t want, so I’ve been pulling back on that a bit. But I don’t know.”

For an intense debate of who should be in the game, please visit our Super Smash Bros. 4 Characters page.

Do you think Namco Bandai’s fresh approach will do Super Smash Bros. justice?