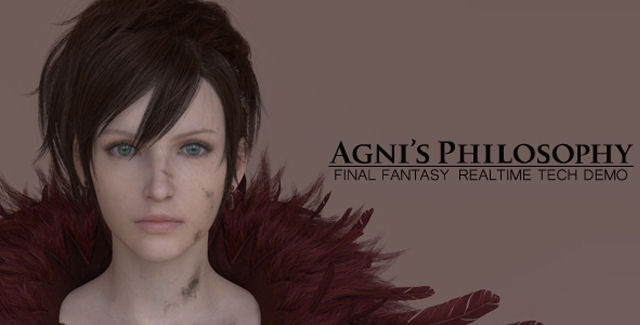 #1: The first rumor puts a video online that suggested the since before 2006 in development Final Fantasy Versus XIII has been renamed into Final Fantasy XV! As you can see from the first video below, it’s a student film project by upset fans who bought a PS3 for Versus XIII. Square Enix confirmed it as a fake rumor.

#2: The second rumor of a Final Fantasy XV Tech Demo actually comes from a video officially released by Square Enix themselves to show off their next-generation Luminous Engine. The CGI scene is called the Agni’s Philosophy demo, take a look here.

Square Enix’s CTO Yoshihisa Hashimoto had the following to say about the tech demo:

“The goal of the Agni project was to offer in realtime visuals that would normally be shown prerendered. I served as producer and director, directing both the content and the technology and also handling management and quality checks.”

The above realtime demo is running on a high spec PC with 64 bit Windows 7. Here are the rest of the graphic specifications:

Update July 20th, 2012: Various online sources are now reporting that Final Fantasy Versus XIII has indeed recently been cancelled. As a result either its development staff or game assets and other resources were folded into Final Fantasy XV at Square Enix HQ.