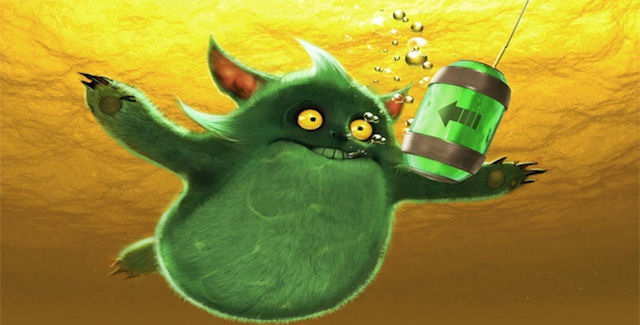 You can now play these new games for Xbox Live Arcade and get other Xbox Live Marketplace downloadable content for Xbox 360. Here’s an overview of what Microsoft announced worldwide.

Content: Quantum Conundrum
Price: 1200 Microsoft Points (that’s US$15 / €14.40 / £10.20 / CAN$18.60 / AU$19.80)
Availability: Check availability in your Xbox LIVE region
Dash Text: When you arrive to visit your uncle, you notice something’s wrong. He’s not there to greet you and there was an explosion just as you arrived. Rescue your uncle using his newest invention, the Interdimensional Shift Device. Shift between five different dimensions in real time and work your way through his crazy complex mansion!

Content: Zuma’s Revenge!
Price: 800 Microsoft Points (that’s US$10 / €9.60 / £6.80 / CAN$12.40 / AU$13.20)
Availability: Check availability in your Xbox LIVE region
Dash Text: Experience new levels of ball-blasting action! Leap in and conquer 69 levels of Adventure mode. Discover four new Spirit Animals (at least one of them is a monkey!) and harness their abilities to power up your game. Dive in to the high-stakes Iron Frog mode: 10 levels, one frog. Can you make it out alive? Battle all 8 tiki bosses in the fast-paced Boss Rush. Enter the Weekly Challenge and compete for high score on a new level every week.

Content: Kinect PlayFit
Price: Free
Availability: Check availability in your Xbox LIVE region. Out in the USA today, rest of the world later this week.
Dash Text: Kinect PlayFit is a new fitness dashboard that aggregates and tracks the calories you burn as you play a variety of Kinect games, from “Dance Central 2” to “Your Shape Fitness Evolved 2012” to “Kinect Star Wars.” Kinect PlayFit lets you view your personal stats over time and see leaderboards that show how you rank against Xbox LIVE members across the globe. Get credit for the calories you burn while having fun with Kinect, and earn Kinect PlayFit Achievements, Gamerscore and Avatar Awards.

Content: Dungeon Fighter LIVE: Fall Of Hendon Myre
Price: 800 Microsoft Points (that’s US$10 / €9.60 / £6.80 / CAN$12.40 / AU$13.20)
Availability: Check availability in your Xbox LIVE region (nice to finally see it after a 4 month delay)
Dash Text: Hack-and-slash action and 2D side scrolling meet multiplayer mania in Dungeon Fighter LIVE: Fall of Hendon Myre. Take on the role of three classic Dungeon Fighters—Slayer, Gunner, and Fighter—to defend Hendon Myre from monsters spreading Phantasmalia. Customize your heroes by creating and enhancing gear, and deliver unique attacks by chaining and combining skills, all while playing with up to 4 players on the same console or via Xbox LIVE!

This week, Xbox LIVE Gold members can save Microsoft Points on an assortment of select Marketplace items. The special pricing will be available until July 16. All of the below are 50% discounted.

What will you be downloading to your Xbox 360 this week?