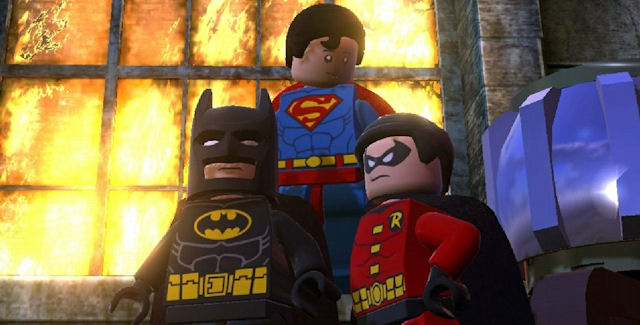 It shows that in between Lego Batman 2 missions, you can select Superman to fly around in the open world that Gotham City offers players to mess around in.

In this gameplay movie Superman lasers trees at the Gotham City Zoo and then steals the Batmobile. Batman will not be happy!

Lego Batman 2 playable characters that can fly in-game are:

Are you looking forward to flying around in Lego Batman 2?