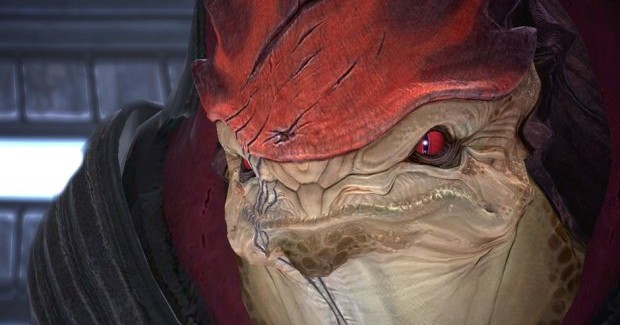 Welcome to another Let’s Talk: “Spotlight On” Mass Effect special about the crew of the Normandy!

My Normandy Crew Special continues today with a reflection on the first Krogan crewmate, Wrex; a mercenary turned visionary, this formidable tank proves that there is much more to this Krogan that meets the eye.

Take a look at the The Normandy Crew #4 video!

So what do you think of this kick-ass Krogan? Is he your favorite Normandy Crew member? Perhaps you preferred tank-born Grunt to this seasoned mercenary? Please feel free to leave your opinions, thoughts and experiences with this character in the comment sections below?

Side note – all of the tracks playing in this video are from the official Mass Effect 1 and 3 soundtracks and belong to their respective owners. These OST’s can be purchased from iTunes.co.uk.
The tracks are (in the order they appear):