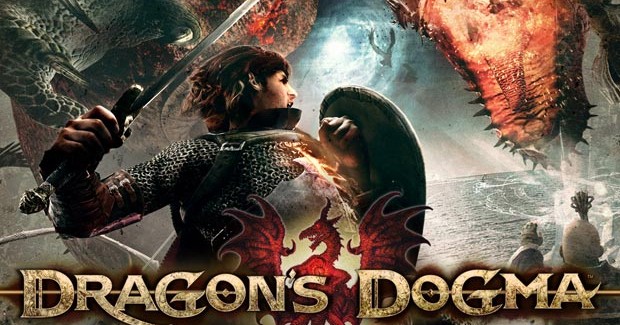 In this video I will be talking a little bit about my initial thoughts on Capcom’s boss-tastic RPG, for the PlayStation 3 and Xbox 360, Dragon’s Dogma; a game where players step into the shoes of the mighty arisen, you must seek out the fearsome dragon that stole your heart with the help of the mighty pawn legion.

Take a look at my first impressions of Dragon’s Dogma!

Overall I cannot prize myself away from Dragon’s Dogma. It is an RPG through Capcom’s eyes, which can only be described in one word: epic.

Though the story is a little flavorless so far and lacks spirit, it is just interesting enough to keep you playing; the gameplay triumphs because of it’s incredible boss battles and unique pawn system balanced beautifully with side quests and other RPG elements; graphics however are a 50/50 and the soundtrack, barring a few tracks, tends to fade into the background.

So far I am truly addicted to this game and from the looks of things it is going to be a very long experience indeed.

Check out the Story Trailer!

So what do you think of Dragon’s Dogma? Is it your kind of RPG? Perhaps it doesn’t appeal to you at all and you prefer games such as Dragon Age: Origins or The Elder Scrolls V: Skyrim? Please feel free to leave your comments and opinions in the section below.

Remember! This is my personal opinion; the only way you can determine what you’ll make of a game is to play it for yourself. Is Dragon’s Dogma right up your alley as a gamer? Then try it out!

Side note – all of the tracks playing in this video are from the official Dragon’s Dogma Soundtrack purchased from CDjapan and belong to the respective owners. These are (in the order they appear):