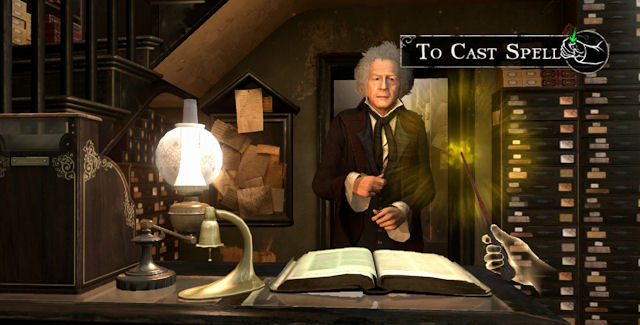 Warner Bros. Interactive Entertainment and Eurocom will cast a spell on Harry Potter fans of all ages to buy the “Harry Potter for Kinect” video game exclusively on Kinect for the Xbox 360 in Fall 2012.

Based on all eight Harry Potter films, Harry Potter for Kinect allows players to join Harry Potter, Ron Weasley and Hermione Granger as they embark on an unforgettable journey through Hogwarts School of Witchcraft and Wizardry and beyond. With Kinect’s scanning technology, for the first time ever in a Harry Potter game, players will be able to scan in their own face to create a unique witch or wizard to journey through the adventures of the film. Although, from the looks of the girl in the below trailer I hope they add some lip & facial muscle movement to your scanned face, otherwise it’ll look incredibly creepy when you have the same expression all game long haha.

Harry Potter for Kinect gives players the opportunity to experience some of the films’ most memorable moments, both as the relevant characters or as their own avatars, including visiting Ollivanders, choosing a house at Hogwarts, and confronting He Who Must Not Be Named in a climactic final battle. Players who master their lessons can also take on their opponents in competitive mini-games, or join forces with family and friends in co-op gameplay.

“Harry Potter for Kinect will engage Harry Potter fans old and new by bringing them into the wizarding world as truly active participants,” said Samantha Ryan, Senior Vice President, Production and Development, Warner Bros. Interactive Entertainment. “Kids and parents will enjoy recreating their favourite Harry Potter adventures, from flying a broomstick in a Quidditch match, to battling pixies and duelling other wizards.”

Are you excited to flail your arms like wands in Harry Potter for Kinect?