Project P-100 Announced for Wii U by Platinum Games 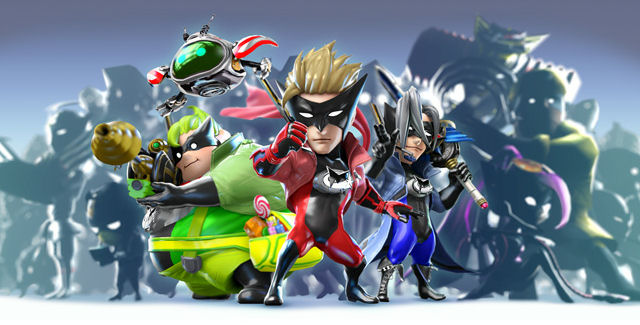 One of the new games Nintendo announced after its E3 presentation is Project P-100. The game is being created in a partnership between Nintendo and Platinum Games (of Madworld & Bayonetta fame). In the action game you control a large group of (I’m guessing up to 100) superheroes in order to fight off an alien invasion on Earth. You do this by commanding the superheroes (who you can recruit everywhere) to transform into various forms/weapons to bash & destroy the — big, really big, and also gigantic — alien invaders in your path.

Earth is under attack from an invasion of enormous aliens, and the only thing that can protect the planet is a group of unlikely, yet mighty, heroes with special abilities. Unfortunately, the aliens are too powerful for the heroes to fight individually. They must join forces and work together to defeat their common enemy. These uniquely different heroes can morph into powerful weapons to crush the invaders or turn into objects like a giant fist or bridge to interact with and traverse the environments.

The Main Project P-100 Features Are:

• Players must explore each stage to find helpless citizens and recruit them to join their army of heroes. The more heroes you gather, the greater your Special Morph Powers will be.

• Players can use the Wii U GamePad’s touch screen to command heroes such as Bonzai Man, Vending Machine Man and even Toilet Bowl Man. Heroes can also morph into gelatin to guard themselves from enemy attacks.

• Players can also use the GamePad to explore areas unseen on the TV screen and solve puzzle elements.

• Platinum Games, known for hit titles like Bayonetta and MadWorld, has partnered with Nintendo to apply its unique talent to the development of one of the first games for Wii U.

Does Project P-100 look like a unique concept you can get behind?