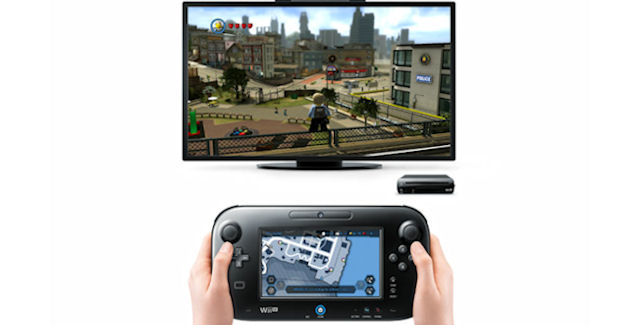 Warner Bros. Interactive Entertainment showed a lot of support for Nintendo’s Wii U console at E3 2012, in the form of the Traveller’s Tales Games-developed Lego City: Undercover trailer for the Wii U-exclusive. It was featured extensively in a new gameplay trailer (shown below). Expect lots of Lego humor in the first fully open-world Lego game.

In Lego City: Undercover developed by TT Games and published by Nintendo, players assume the identity of Chase McCain, an undercover detective armed with clever disguises. As players run, drive and even fly through the city, they’ll use the Wii U GamePad as a map, communicator and indispensable crime scanner. This is the first time that the LEGO City play sets have come to life on a gaming platform and it’s exclusively on the Wii U console.

Nintendo fans should pay attention at 1:35 minutes into the trailer for a The Legend of Zelda: Ocarina of Time “item get” jingle! 🙂

• The Wii U GamePad is woven seamlessly into the game-play experience. Players use it to scan for hidden clues and criminals, receive mission updates and place waypoints on an overhead city map that displays their position in real time.

• Experience LEGO City like never before. Players will encounter familiar play sets come to life as they explore the vast city, looking for clues to bring Rex Fury to justice.

• Players can go undercover with a variety of disguises, including a firefighter, a construction worker and even a robber, and use their unique abilities to solve puzzles and access new areas of the city.

• There are more than 100 vehicles for players to collect and use to explore the city, including sports cars, motorcycles and even aircraft.

• LEGO video games are known for their humor and parody, and LEGO City: Undercover delivers this and more with fully voiced characters and ambient crowds, bringing LEGO City to life.

Are you looking forward to playing Lego City: Undercover?